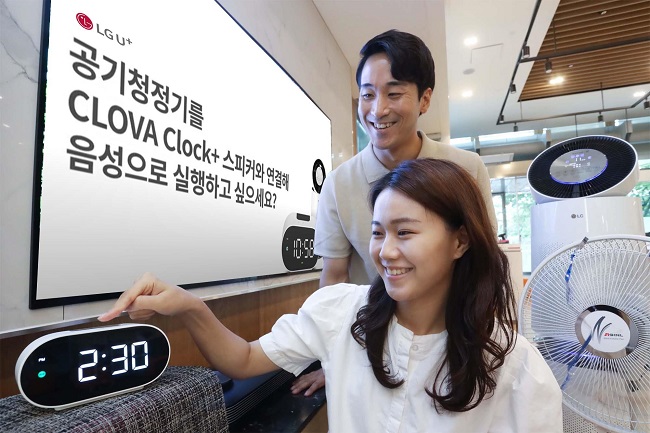 The newly-released AI speaker, based on Naver’s AI platform Clova, is an upgraded version of the CLOVA Clock+ that was released last year, and brings a series of feature upgrades to the digital clock form factor.

The AI speaker’s remote control function enables users to control old home electronics that have been controlled through infrared ray, via voice commands or smartphones without the need for separate remote controls.

LG Uplus expects the AI speaker to have a wider scope of application ranging from information search to smart home control.

Using the Wi-Fi hotspot function, customers can gain stable access to the Internet even in locations far away from the main router through the Wi-Fi sharing device.