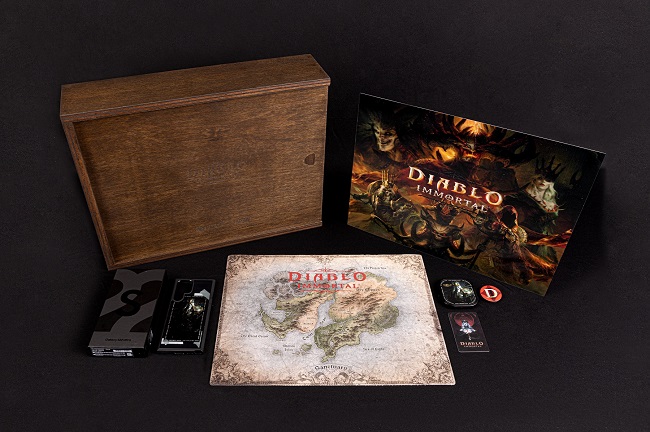 LG Uplus said it plans to exclusively sell 100 units of the Galaxy S22 Diablo Immortal Package to customers selected through an online lottery across the world. The company will accept applications through its official online mall starting at 7 p.m. Friday (Korea time).

The phone — produced in collaboration with Samsung Electronics Co. and Blizzard to celebrate the launch of “Diablo Immortal” — will come with an array of custom Diablo-related tie-in items, including a specially designed leather mouse pad, phone case, wireless charging pad and a Blizzard gift card.

The company said it also plans to present more limited products targeting young customers in the future by collaborating long-term with Blizzard.