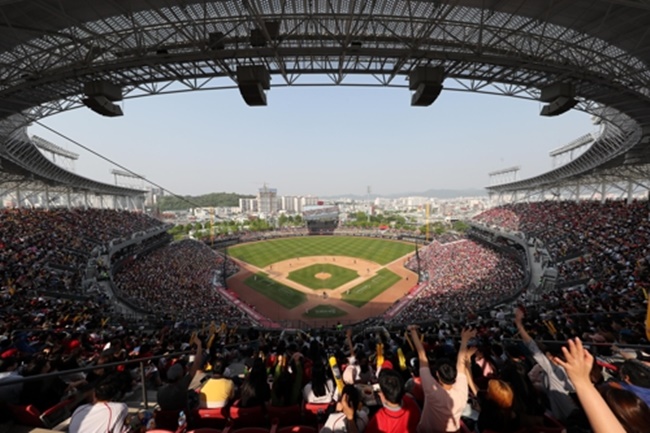 The Gwangju District Court delivered the verdict on Thursday, after hearing the case brought by 655 residents of a building block near Gwangju-Kia Champions Field, on the grounds that noise and light levels were not excessive. (Image: Yonhap)

GWANGJU, Dec. 8 (Korea Bizwire) — A court has dismissed a case filed by residents of Gwangju against a baseball team and the city over noise and light concerns.

The Gwangju District Court delivered the verdict on Thursday, after hearing the case brought by 655 residents of a building block near Gwangju-Kia Champions Field, on the grounds that noise and light levels were not excessive.

“A baseball stadium is where members of the local community can enjoy a healthy recreational activity and a facility that contributes significantly to the country’s sports industry. Therefore, the ‘tolerable’ level of noise and light needs to be measured with discretion,” the court said.

“Unlike the noise from construction sites and business establishments, or road and airplane noise, baseball matches are relatively short. There is no public law regulatory standard for noises typical to baseball stadiums such as cheers and shouts, and it’s hard to say that noises from baseball matches amount to a breach of the civil code,” the court added.

According to the Gwangju District Court’s statement, up until 2013 an older baseball stadium stood next to the apartment complex in question, which was built in 2005.

It is reasonable to assume that the plaintiffs were expecting some level of noise during baseball matches given the location, before they moved into the apartment building.

The court also recognized efforts on the part of Gwangju Metropolitan City to block out noise from Gwangju-Kia Champions Field.

“When the stadium was renovated, the Gwangju City government adjusted the angle of the roof, while using sound absorption materials for both the roof and the walls. Speakers were placed in a way to minimize noise while the Kia Tigers refrained from using speakers in an effort to avoid making noise.

Regarding the issue of light pollution, the court cited the fact that the level of discomfort glare measured in the apartment buildings didn’t exceed the recommended level set by the Central Environmental Dispute Adjustment Committee.

The group of local residents filed a lawsuit against the Gwangju Metropolitan government and the Kia Tigers, asking for a total of 626 million won in compensation over the issue of noise and light.

Around 2,000 people are thought to be living near the baseball stadium.