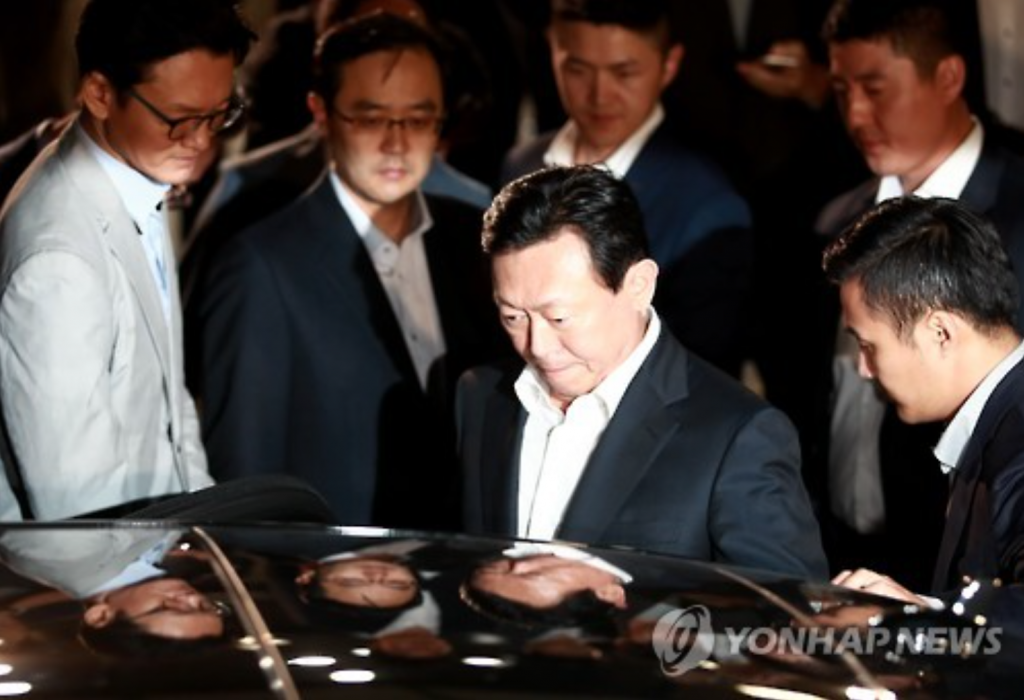 Shin Dong-bin (C) leaves the Seoul Central District Prosecutors’ Office on Sept. 29, 2016, after a local court rejected to issue a warrant to formally arrest him over allegations of embezzlement and breach of trust. (image: Yonhap)

SEOUL, Sept. 29 (Korea Bizwire) – The chief of the embattled South Korean retail giant Lotte avoided arrest Thursday as a Seoul court rejected a prosecutors’ request for a warrant to formally arrest him over embezzlement and breach of trust charges.

The Seoul Central District Court turned down the request, saying it’s difficult to recognize the need for arresting the 61-year-old chairman, Shin Dong-bin.

“I think our group has a lot of shortcomings,” Shin told reporters, leaving the Seoul Central District Prosecutors’ Office. “I will take responsibility for overcoming them.”

Lotte Group said it respects the court’s decision, adding it will put every effort to normalize the group’s management and minimize the potential damage to its employees and subcontractors.

Prosecutors have accused Shin of orchestrating a series of shady deals at the group’s affiliates, as well as giving large stipends to the owner’s family for just being listed as board members of the conglomerate’s Korean and Japanese branches.

Authorities suspect the amount of money transacted illegally under Shin’s direction to hover around some 170 billion won (US$154 million).