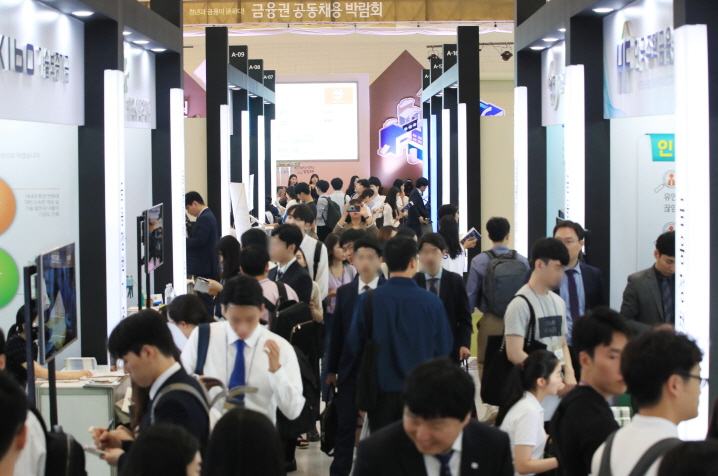 SEOUL, Aug. 29 (Korea Bizwire) — Hundreds of young people thronged a major job fair for banks and financial firms on Wednesday to boost their chances of employment ahead of the industry’s official recruitment session due later this year.

The companies, which have vowed to hire around 4,800 new workers combined in the second half of the year, plan to hold on-site interview sessions with applicants, and based upon their performances, 33 percent will get benefits when they apply for job posts later this year.

“A total of 2,585 people applied for the on-site interview, and most of the applicants so far have been on time for their interview chance,” a KFB official said.

Jobseekers can also have a chance to get consulting services regarding their employment prospects and to take tips that would help them land jobs in financial firms, according to the KFB.

The large-scale exhibition drew attention as the country is struggling with a sluggish job market and the dismal youth employment.

In July, the overall unemployment rate stood at 3.7 percent, up 0.3 percentage point from a year earlier. For those aged between 25 and 39, the number of people without jobs hit a 19-year high in July, according to government data.

“The government will strive to create more jobs by promoting new data industries in the financial sector and lowering the entry barriers,” said Choi Jong-ku, chairman of the Financial Services Commission.