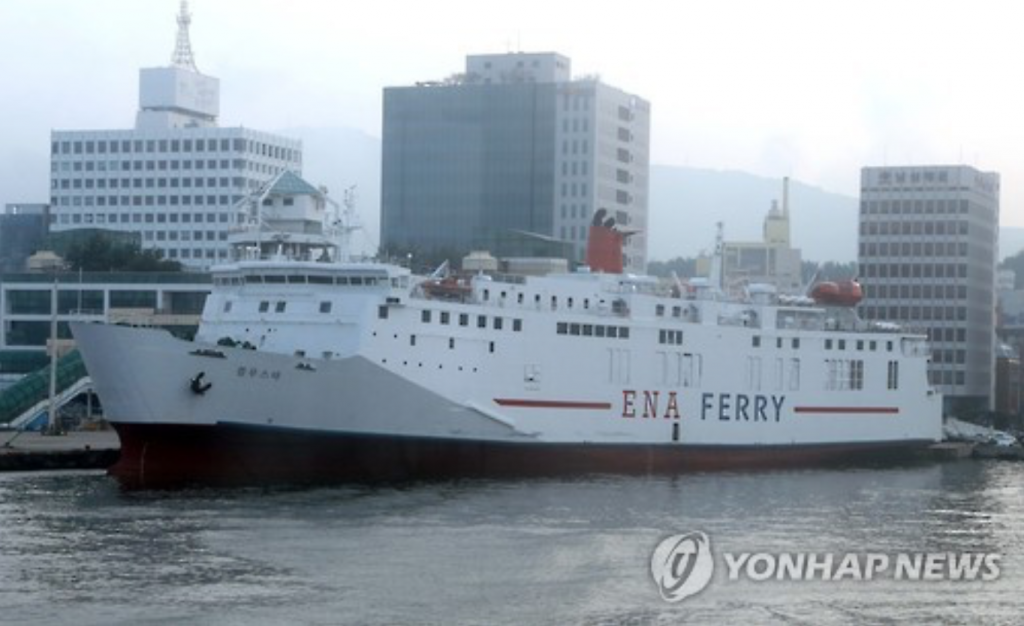 The oldest of the ships is the Blue Star, which entered service in April 1987, operating on the Busan route. (image: Yonhap)

JEJU, South Korea, April 12 (Korea Bizwire) – Recent data has revealed that over half of the domestic passenger vessels operating on routes to Jeju Island are facing retirement next year.

According to officials from the island, ten vessels operating on six routes – between Jeju and Busan, Mokpo, Yeosu, Wando, Nokdong and Usuyeong – will reach their retirement age in 2018.

The maximum operation period of car ferries in South Korea was reduced from 30 years to 25 years following the sinking of the MV Sewol, which capsized in 2014 en route to Jeju from Incheon (the route has been suspended since), killing 304 passengers. Built in 1994, the investigation into the cause of the ship’s sinking is still ongoing, with the ship finally making it to land last week after being submerged for three years.

Of the remaining four vessels, three are expected to be retired by 2020. The Queen Star 2, operating to and from Usuyeong, is the youngest of the ferries, launched in April 2013.

Among the six ships retiring in 2018, two will be replaced by new vessels and four by used ones, according to local officials. But considering it can take up to two years to build new ships, ferry operations to the island may struggle during the period.

An official from the island’s marine transport and logistics department said that the government will provide support for building new car ferries through a 35-billion-won ($30.6 million) fund.

“With local shipping companies also coming up with alternative measures, like replacing the older vessels with other used ships, we don’t expect any suspension of operations on existing routes,” he said.