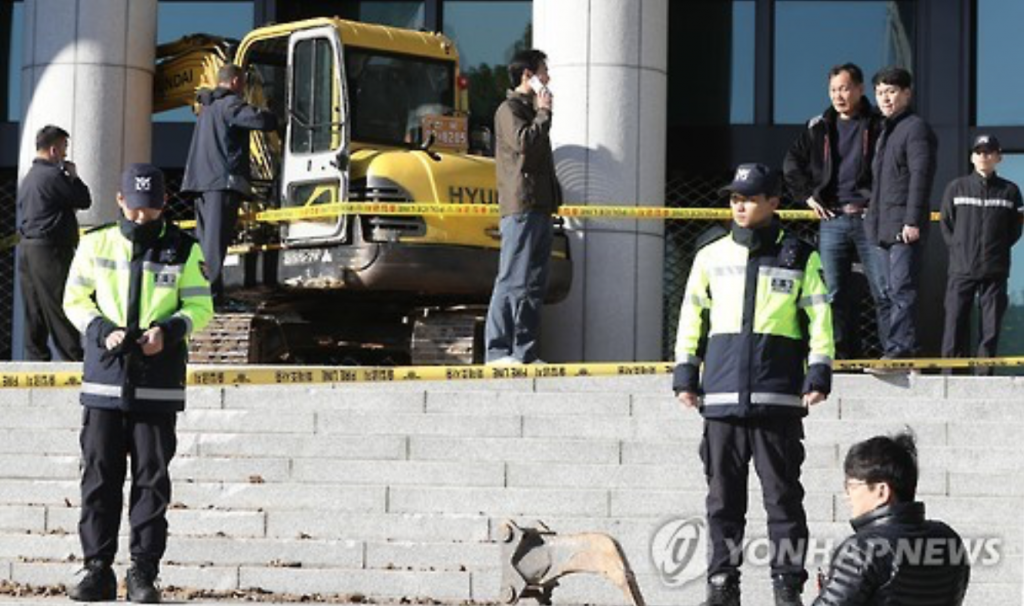 The driver left Sunchang County, North Jeolla Province, early Tuesday morning in a truck carrying the excavator. He switched over to the construction vehicle at the building’s main gate and rammed into the entrance at around 8:20 a.m.

“Choi Soon-sil said she committed a crime that deserves death, so I’m here to help her die,” Jung told the police after being apprehended, according to officials.

Choi, a confidante of President Park and currently facing a police investigation, appeared for questioning at the Seoul Central District Prosecutors’ Office, located across the street from where Tuesday’s incident took place. She said that she “committed a sin that deserves death” as she entered the building.

Choi’s lawyer later said she was just expressing her feelings, and that the comment was not a legal admission of guilt. 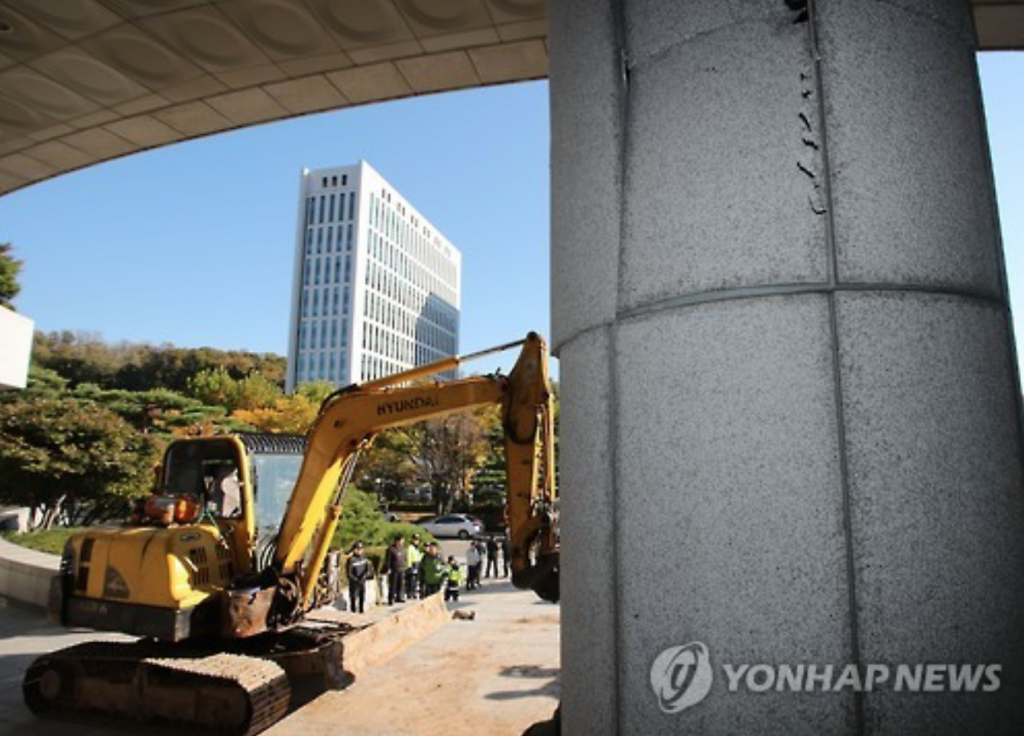 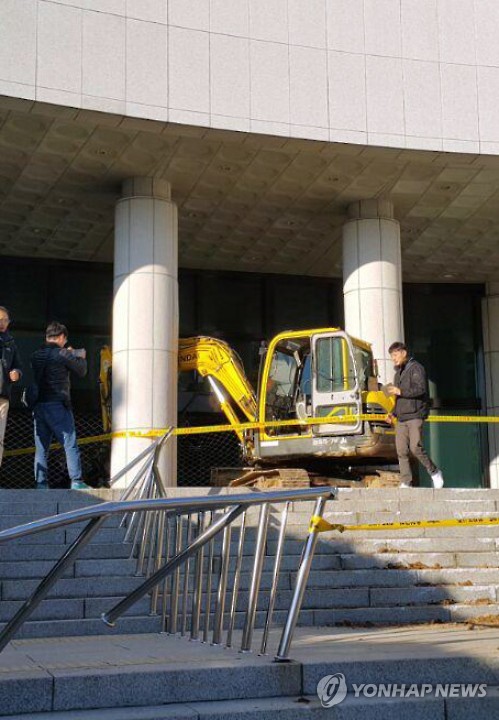 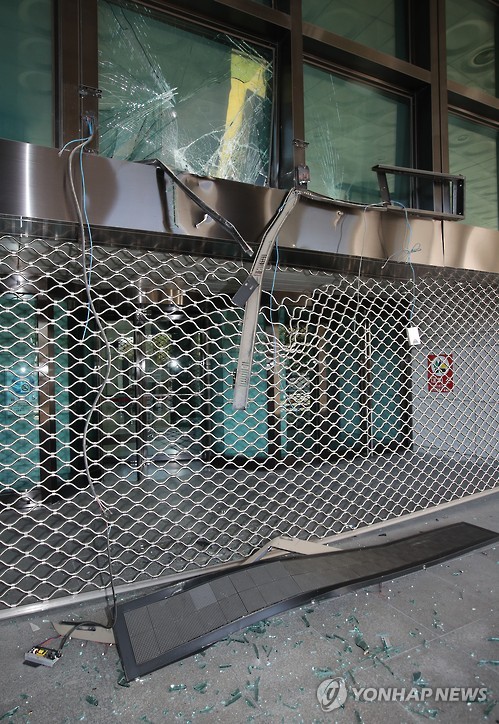