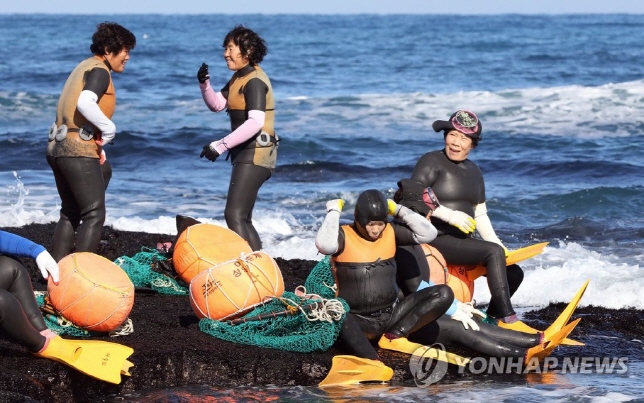 Haenyeo refers to female divers on the southern resort island of Jeju who dive into the water for seven to eight hours a day to catch abalone, octopus, sea urchins and others. Their culture was designated as a UNESCO Intangible Cultural Heritage of Humanity in 2016.

According to the Jeju police, an 80-year-old haenyeo surnamed Cho unconsciously came to the surface on Monday. She was instantly moved to the coast by her fellow divers but passed away,

“Four divers died while working under the sea this year alone, and all of them were more than 70,” the police said.

The underwater deaths were attributable mainly to chronic ailments like heart disease coupled with old age, they added.