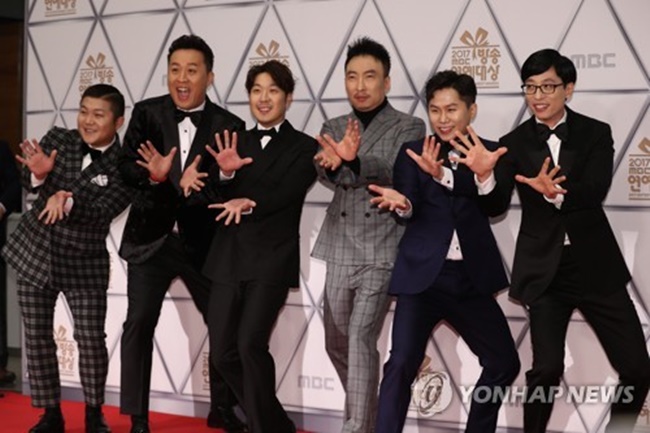 “The existing show will end on March 31, and we’re planning on a new show,” Kwon Seok, director of MBC’s entertainment bureau, told reporters after a PR event for another MBC program.

MBC producer Choi Haeng-ho will helm the new show, while current director Kim Tae-ho is set to leave after more than 12 years with “Infinite Challenge.”

Kwon said nothing has been decided regarding the forthcoming show’s format and cast.

“What we want is to take all the cast members of the existing show (tothe new one), but since they all have different thoughts, discussions are under way on the matter,” he said. There remains a chance the new show could be a sequel to the popular program, he added.

The long-running program is arguably the most successful entertainment show in Korea.

The program has 40 advertisers and generates 522 million won (US$487,750) a week in TV advertising. It also makes a handsome profit from other promotional activities, such as selling calendars, part of which is donated to charity.