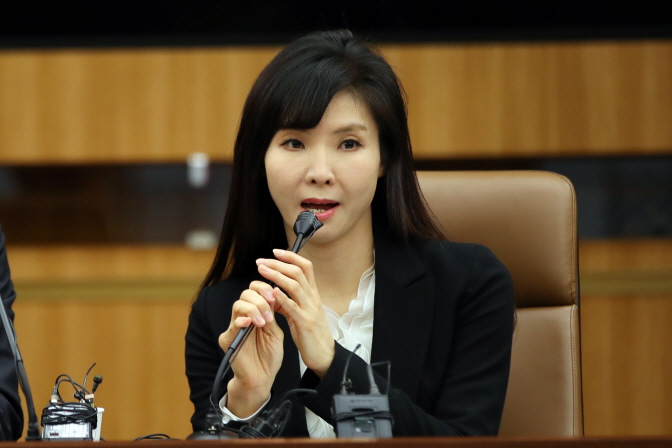 Prosecutor Seo Ji-hyeon speaks on the “Me Too” movement at a news conference at the Bar Association Building in Seoul on Jan. 24, 2019. (Yonhap)

SEOUL, Jan. 24 (Korea Bizwire) — Seo Ji-hyeon, a public prosecutor who ignited a nationwide “Me Too” movement last year with her disclosure of sexual misconduct by a former senior prosecutor, said Thursday the conviction of her abuser showed that justice prevails without fail.

Seo said in a news conference in Seoul that the court’s guilty verdict for the perpetrator, Ahn Tae-geun, who formerly served as chief of criminal affairs at the Ministry of Justice, was a “natural result.”

Ahn got a two-year prison term on Wednesday for abusing his authority to disadvantage Seo in a personnel reshuffle in 2015 after she raised sexual misconduct allegations against him. He was also accused of groping Seo during a funeral dinner in 2010.

Ahn was indicted after Seo came forward with her claims in a television news interview about a year ago.

Seo’s disclosure triggered the “Me Too” movement in South Korea, sparking a raft of revelations from alleged female victims in the sectors of culture, the arts, education and religion.

“It is very natural that the prosecutor tells the truth and (talks about) justice but I have gone through hard times and agony,” Seo said in the news conference held at the Bar Association Building in southern Seoul.

“I have believed the truth will be certainly revealed, though it may take a long time and cause pain.”

Seo said she was shocked by a lot of false testimonies by many public prosecutors in the investigations into Ahn.

“Such false testimonies may rather have helped the court find the truth. It is impossible to cover the whole sky with the palm of hand.”

She said Ahn even insisted he had never heard her name before January last year.

“I’ve heard that there are still some victims of sexual harassment within the prosecution. I wish the court ruling will send a stern warning to perpetrators and give courage and comfort to many hidden victims,” Seo said.

“The ‘Me Too’ movement doesn’t call for special treatment of victims. It calls for due punishment of perpetrators. The success of the movement depends on the reform of the prosecution,” she argued.