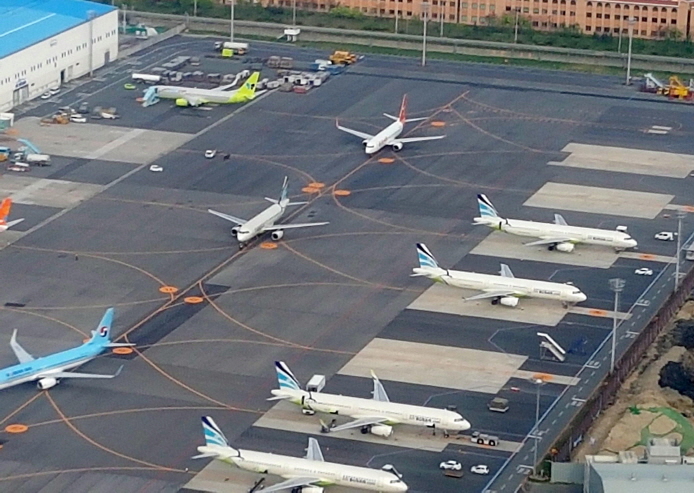 SEOUL, Sept. 26 (Korea Bizwire) — Airline carriers are suffering from a growing number of voluntary disembark request cases in which airline passengers suddenly say they want to get off the plane.

According to the Ministry of Land, Infrastructure and Transport, the number of voluntary disembark requests at airports across the country has been increasing in recent years, from 313 in 2016, to 365 in 2017 and 442 in 2018.

Of these requests, 34.4 percent were for personal reasons, except for health-related reasons.

If a passenger gets off suddenly before departure, the flight will be delayed in the process of taking security measures, causing passengers and airlines to suffer huge losses.

Under aviation security laws, when a passenger gets off an airplane that is about to take off, the related procedures are tricky and complicated.

Under certain circumstances, if a terrorist attack is suspected, a bomb squad can be deployed to conduct another security inspection on all passengers and luggage.

Even if security personnel are not deployed, the airline will conduct security checks on its own or take related procedures. In the meantime, the aircraft will be delayed.

Getting off a plane before departure is a significant inconvenience to both airlines and passengers, but the airline cannot prevent passengers from demanding to do so under current aviation security laws.

For this reason, airlines often complain of damages suffered when passengers ask to disembark before the flight has taken off.

In the case of one airline, there were 20 cases of passengers requesting to get off of domestic flights departing from Gimhae International Airport this year.

“In reality, it is difficult for an airline to actually seek compensation from a passenger at a time when many people are believed to be lying,” an airline industry source said.

The source added that “there is a need to strengthen aviation security laws, such as not allowing people to get off a plane when it’s not an unavoidable situation.”