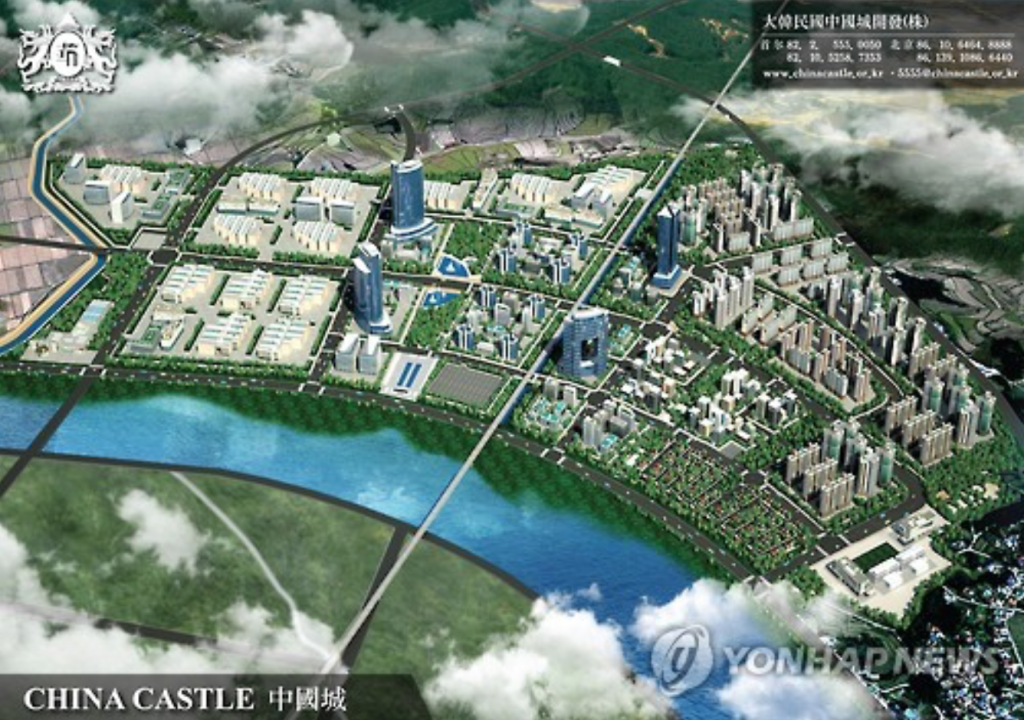 “By 2035, the town will be competing side by side with Hong Kong and Macau for Asia’s tourism and distribution industry.” (image: Yonhap)

According to China Castle, the project’s special purpose company (SPC), 50 billion won ($44 million) in capital has been secured, which should allow the venture to take off in December.

The total cost for Pyeongtaek’s China-friendly town is estimated at 750 billion won, with the project expected to be completed by the year 2022.

The project will sit on 2.32 million square meters of land (Hyundeok District) in the YSFEZ, said China Castle, which will be bigger than some 55 Chinatowns across the world – including the U.S., Korea, and Japan – combined. 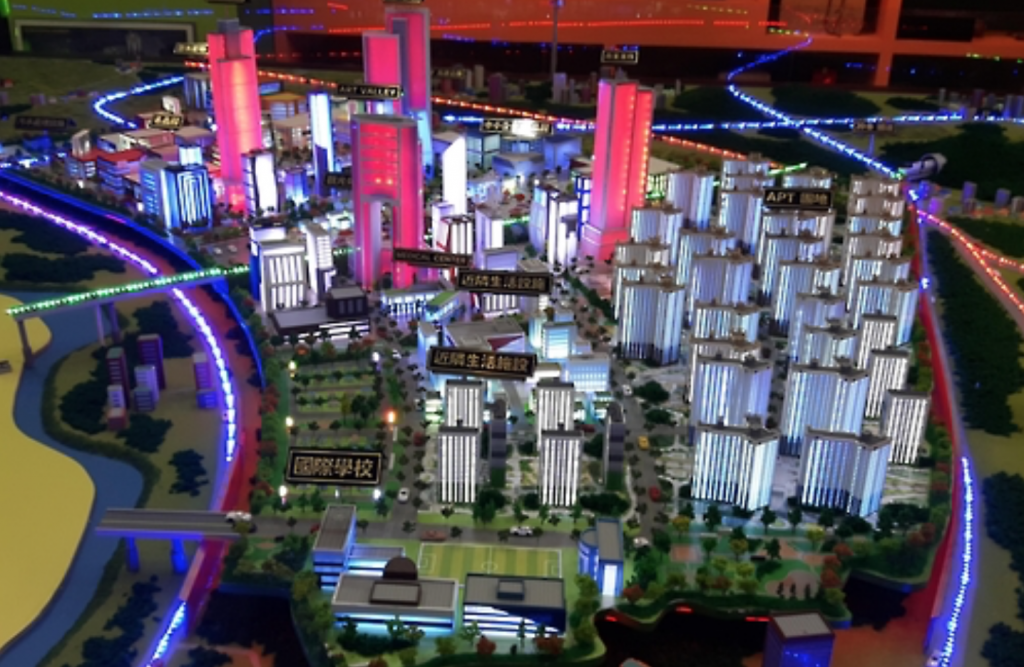 The town will serve as a major tourism hub, housing high-end hotels, recreational facilities, shopping complexes, and a K-pop concert hall. But at the same time, it will also include an international school and apartment complexes to attract families and exchange students from China. Approximately 30,000 are expected to move in to the area upon its completion, and some 40,000 new jobs will be created.

The new town’s transport network will stretch in all directions, sitting just south of the interchange (to be established) between the Seohaean (connecting Seoul and Mokpo) and 2nd Seohaean (between Siheung and Pyeongtaek) Expressways, and a new railroad (to be built by 2020) that will allow a fifty-minute transit between Seoul and Hyundeok.

“Pyeongtaek/Dangjin Port is the starting point of the Silk Road, and it currently serves as an important bridge for Korea-China trade,” said Yang Jae-wan, the head of China Castle. “Establishing a China-friendly town (in the region) is of great significance.”

“By 2035, the town will be competing side by side with Hong Kong and Macau for Asia’s tourism and distribution industry.”