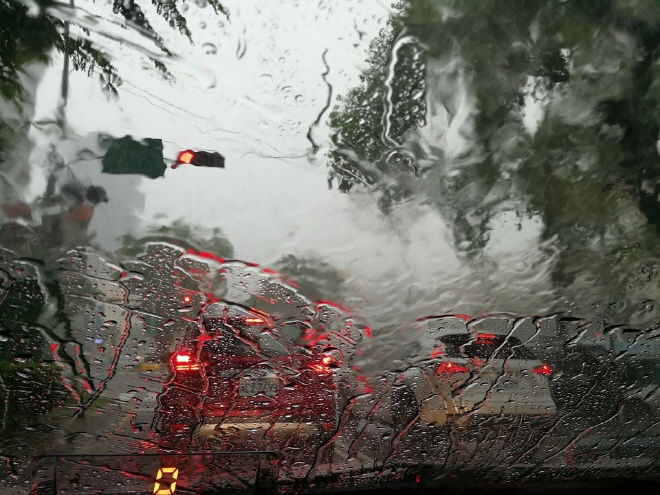 SEOUL, Aug. 20 (Korea Bizwire) — Meteorologists warned Monday that the approaching Typhoon Soulik is expected to cause enormous damage across the Korean Peninsula later this week, urging the nation to thoroughly prepare for heavy rainfall and powerful winds and waves.

According to the Korea Meteorological Administration (KMA), Typhoon Soulik, classified as strong medium-sized, is moving north toward the Korean Peninsula from the sea in southern Japan and is expected to pass through the peninsula between Wednesday and Friday.

The season’s 19th typhoon, which formed near Guam in the middle of last week, was located 850 kilometers southeast of Japan’s Kagoshima, Kyushu Island, as of 9 a.m. Monday, the KMA said, adding the radius of its strong wind reaches 340 km.

The typhoon, which is currently traveling at 19 km per hour, is forecast to pass over South Korea’s southwestern coast, about 20 km north-northeast of Mokpo, South Jeolla Province, around 9 a.m. on Thursday, after reaching 270 km south of Jeju Island’s Seogwipo on Wednesday morning.

By 9 a.m. Friday, Typhoon Soulik is expected to be on the sea about 100 km east-southeast of Chongjin of North Korea’s North Hamkyong Province after passing through the peninsula, the KMA said.

Depending on the high pressure forces of the North Pacific, however, there is also a possibility of the typhoon heading to the Yellow Sea, it explained.

In case of a cross-peninsula passage, Soulik will become the first typhoon to directly hit the country since Typhoon Sanba in 2012, which left two dead and two injured and flooded hundreds of homes and buildings.

With the approach of the typhoon, rain will start on Jeju Island on Wednesday afternoon and the entire nation will be soaked by rain Thursday and Friday, the administration predicted. In particular, Jeju Island and the southern coast are forecast to have very strong rain and winds with a maximum speed of 40 meters per second, it said.

“Thorough preparations are needed against severe damage that is likely caused by heavy rain, high waves, and strong wind across the nation,” a KMA official said.