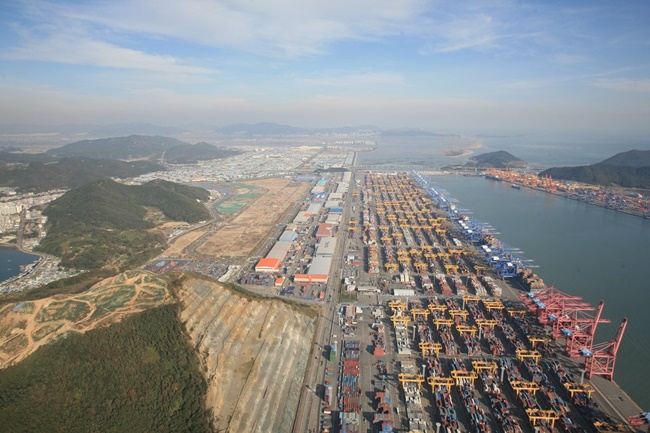 Ernesto Cordero Arroyo, the current president of the Mexican senate, and Bruno Figueroa Fische, a Mexican diplomat who is the ambassador to South Korea, visited Busan on Thursday to meet with local trade authorities. (Image: Yonhap)

Ernesto Cordero Arroyo, the current president of the Mexican senate, and Bruno Figueroa Fische, a Mexican diplomat who is the ambassador to South Korea, visited Busan on Thursday to meet with local trade authorities.

During the meeting, officials from the Busan Jinhae Free Economic Zone Authority (BJFEZ) and Busan Port Authority met with the Mexican officials to discuss possible collaboration.

The meeting comes on the heels of a visit by the deputy assistant secretary of agriculture of Mexico to the Busan Jinhae Free Economic Zone Authority earlier this month during which similar talks were held.

According to experts, the series of visits by the Mexican government officials to Busan is part of the Latin American country’s efforts to reduce export dependence on the U.S.

The move comes after the renegotiation of the North American Free Trade Agreement, with Mexico looking to diversify its agriculture export markets.

Last year, Mexican and Canadian fresh produce companies signed a 35 billion won joint investment project with South Korean companies for the BJFEZ, with an Australian company jumping into the project with an additional $10 million earlier this year.

With the Mexican government eyeing the Asian market including South Korea, China, and Japan, Busan Newport has emerged as a crucial hub for fresh produce manufacturers who seek to branch out into Asian markets.

“The Mexican government is ramping up efforts to improve economic relations with the Asian-Pacific region. We are making sure there is enough administrative support to encourage Mexico and other Latin American countries to operate at the Port of Busan,” said Jin Yang-hyeon, the commissioner of the BJFEZ Authority.

Earlier this week, Prime Minister Lee Nak-yon met with Arroyo and discussed a number of issues including economic cooperation and regional security.