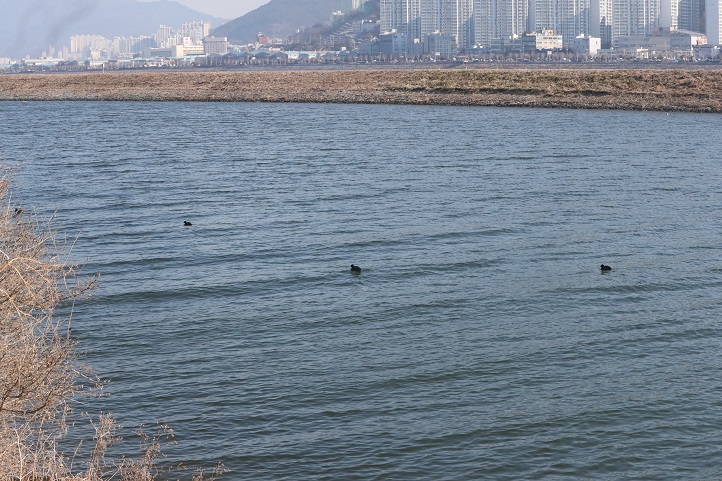 Migratory birds swims on waters off Eulsuk Island in the southern port city of Busan on Jan. 20, 2022. (Yonhap)

BUSAN, Jan. 26 (Korea Bizwire) — Abandoned cats and migratory birds are in an uncomfortable stand-off in Eulsuk Island, one of South Korea’s major destinations for migratory birds.

The small river island near the southern port city of Busan is a protected zone visited by tens of thousands of migratory birds.

There are currently some 10 feeding zones set up on the island to feed some 150 abandoned cats in the area.

“The birds need to come down to the surface and feed on the seaweed, but the animals are driving them away,” said Baek Hae-ju, a local environmental activist. 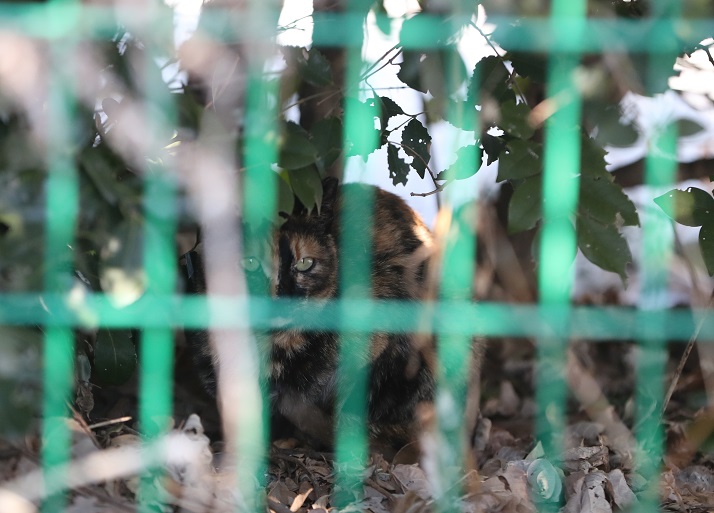 While animal groups are putting efforts to manage the abandoned animals, their activity is limited due to a lack of funds.

“The feeding zones should be set up as far away from the birds as possible,” Baek said. “Then, we should work on gradually bringing down the number of animals on the island.”

Some point out that a proper habitat for cats should be set up on the island as their population is kept under control.

“We need to look for a way for cats and the birds to coexist by properly feeding the cats and discouraging them from hurting the birds,” an official at the Busan Alliance for Prevention of Cruelty to Animals said.