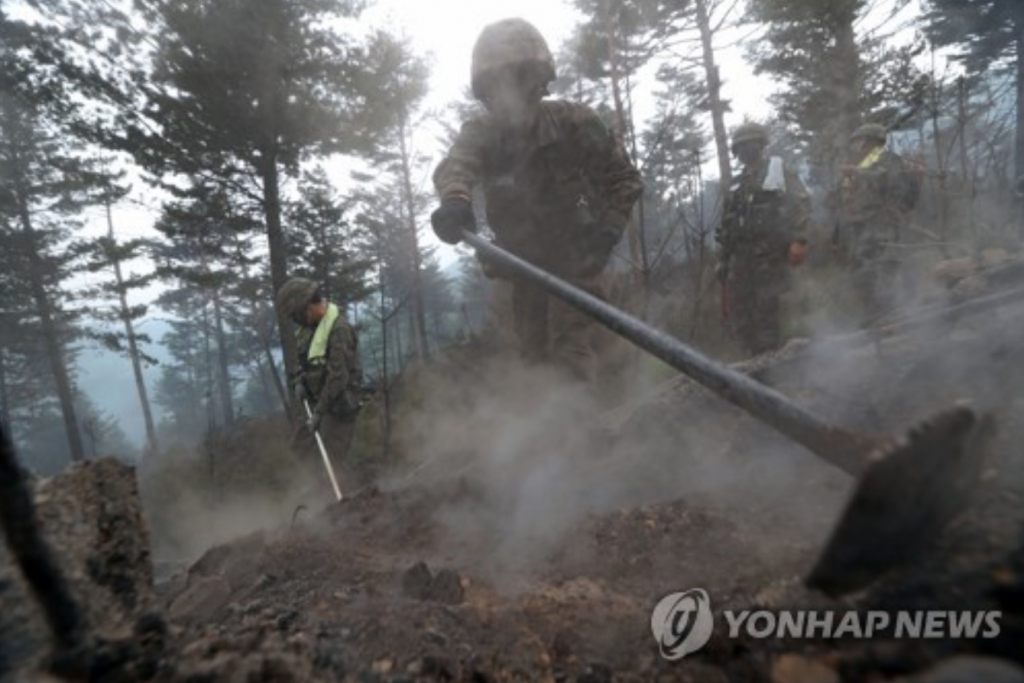 GANGNEUNG, South Korea, May 10 (Korea Bizwire) – A forest fire that broke out in Gangwon Province was finally contained Tuesday three days after it ignited and burned 320 hectares of vegetation, the size of 457 football fields.

Among the emergency crews deployed to the combat the fire were some 20,000 soldiers, who instead of rifles, carried shovels, forks and barrels of water to put out persistent sparks that had been spreading with strong gusts.

“Protecting the lives and the property of citizens during natural disasters is equally as important as defending our country,” said an official from the Republic of Korea Army Eighth Corps. 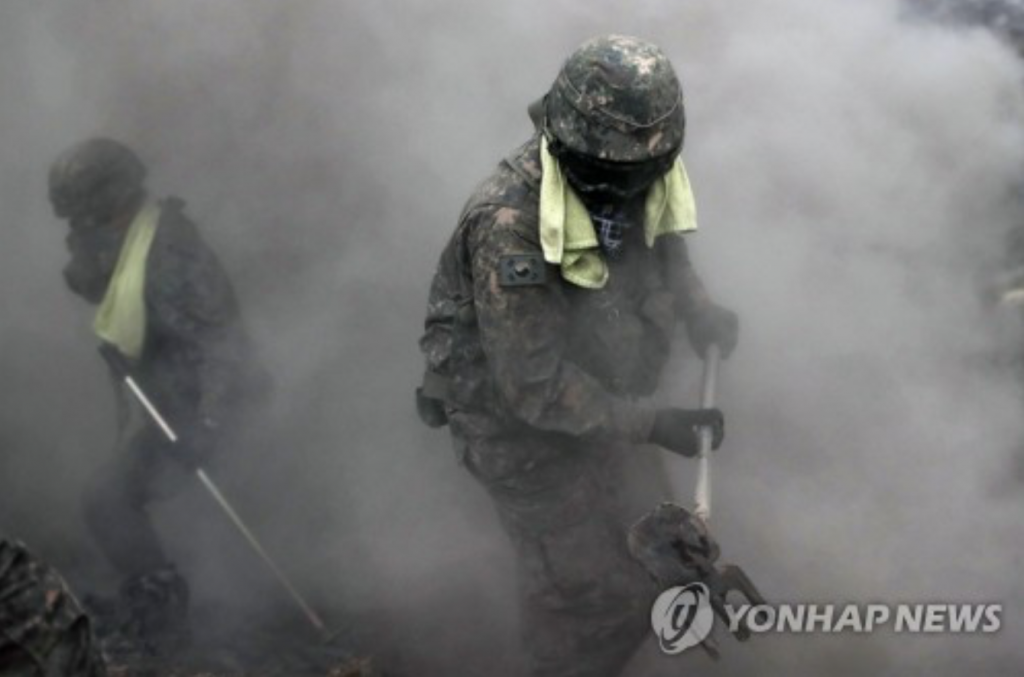 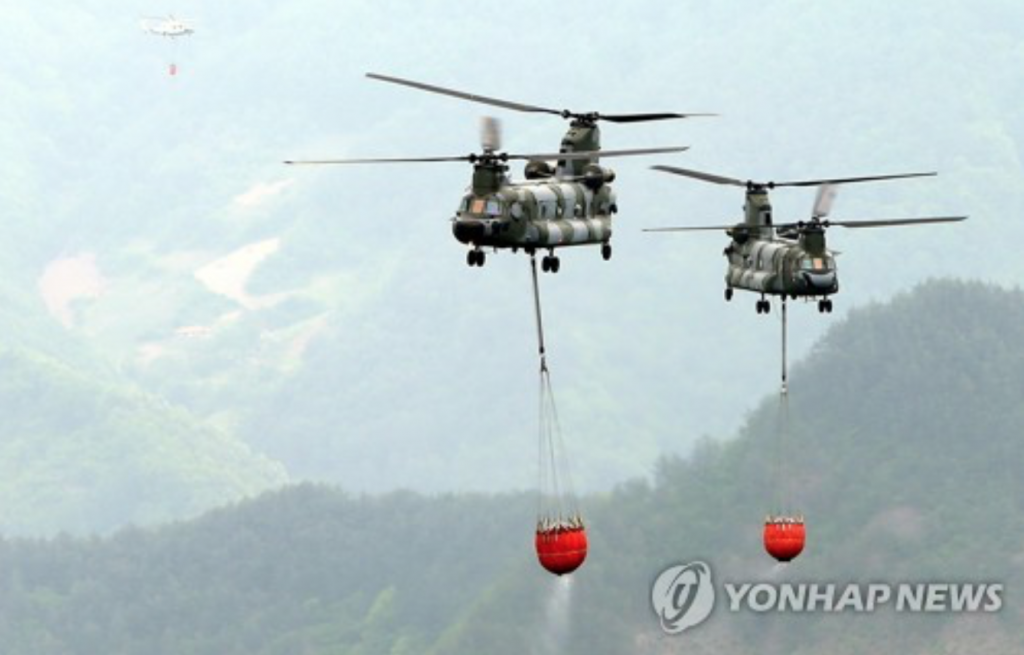 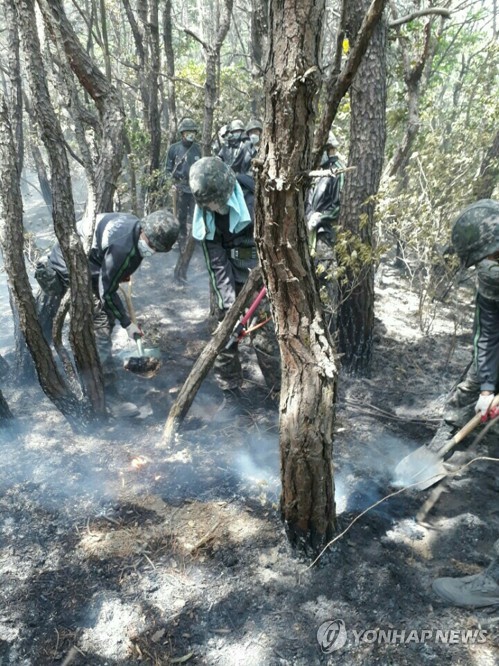