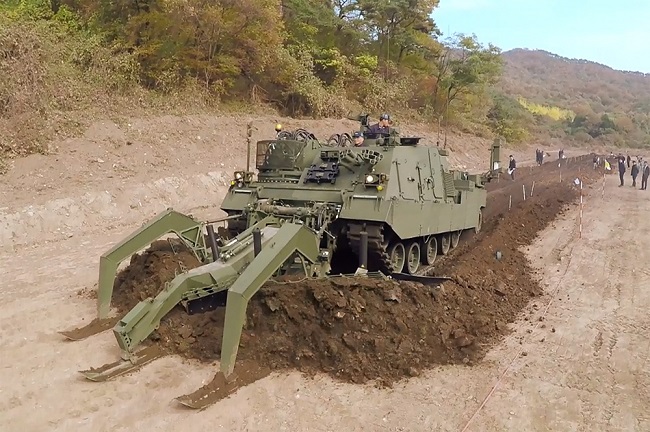 SEOUL, Dec. 31 (Korea Bizwire) — Locally made flail tanks that can detect and remove land mines have made a debut on the front lines, the arms procurement agency said Wednesday.

The first mass-produced models were deployed in an Army engineering unit on the front lines.

The DAPA plans to complete the full-scale deployment of the mine-clearing tanks by 2023. 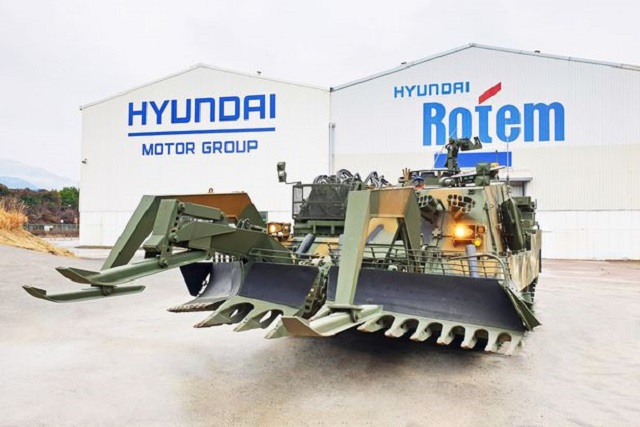 The tank, which is operated by two crew members, is mounted with a large-sized plow on the front to dig the ground to remove land mines.

It is also designed to incapacitate mines by emitting a magnetic field.