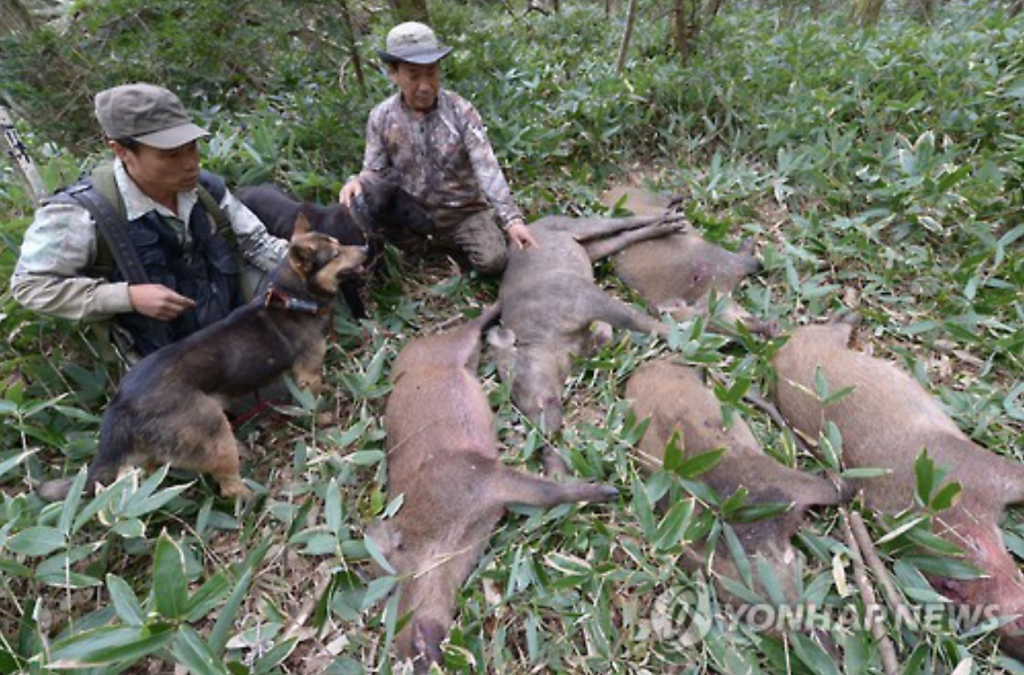 Two members of the association, Bae Ki-hwan and Kang Sung-sik, with three Jeju dogs (a local dog breed) were dispatched to the location following a report of the animals that came around 6 a.m.

“We had another request from the park’s maintenance staff a few days ago regarding a pack of wild boars,” said Kang. “Jeju dogs have long been recognized for their bravery, and as soon as they were released at the scene they tracked down the pack, and we shot and killed five of them immediately.”

One of the boars that managed to escape was hunted down by Jawal, the leader of the dog squad, for some 1.5 kilometers, and a quickly following Bae eventually shot it as well.

Hunting wild boars is allowed in Jeju as they can threaten both visitors and damage the island’s crops and ecosystem. Roughly 400 wild boars have been killed by hunters in the past six years. 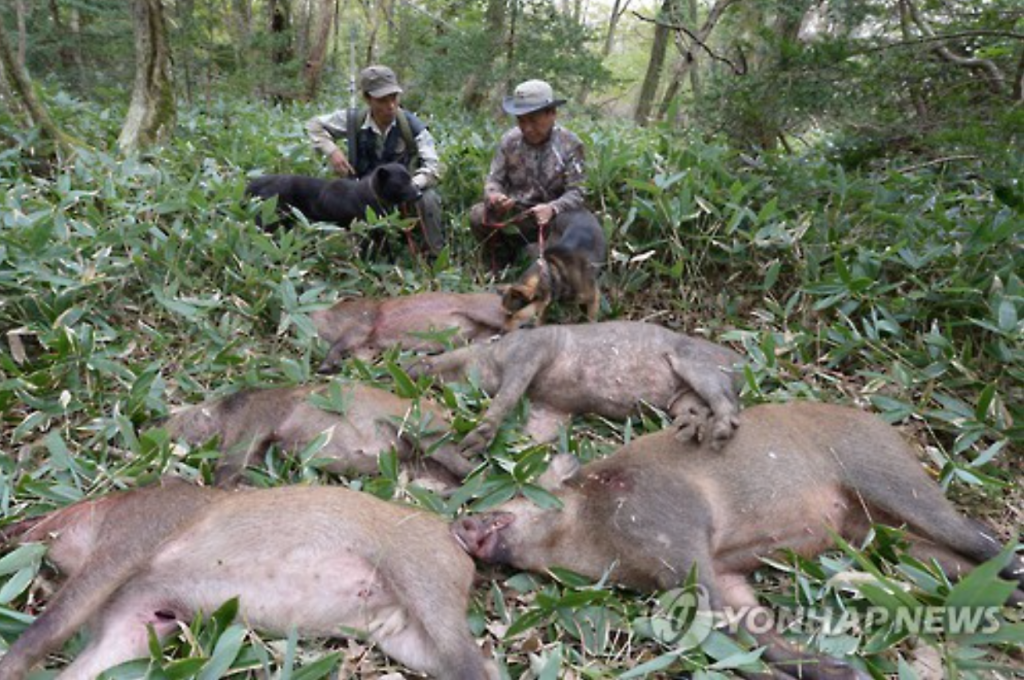 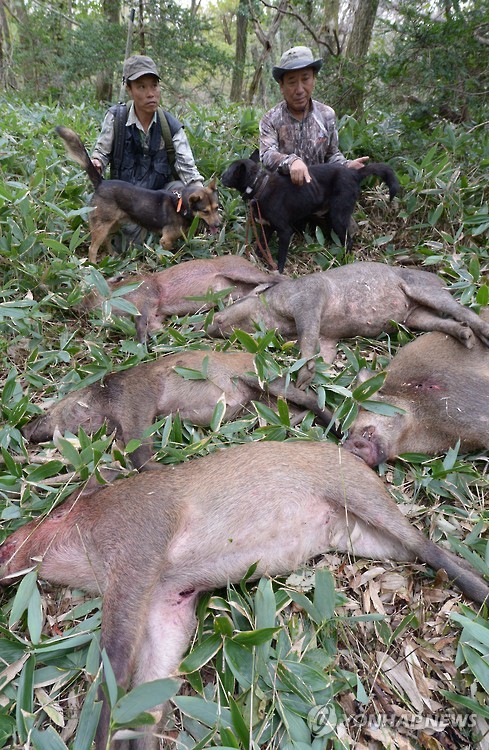