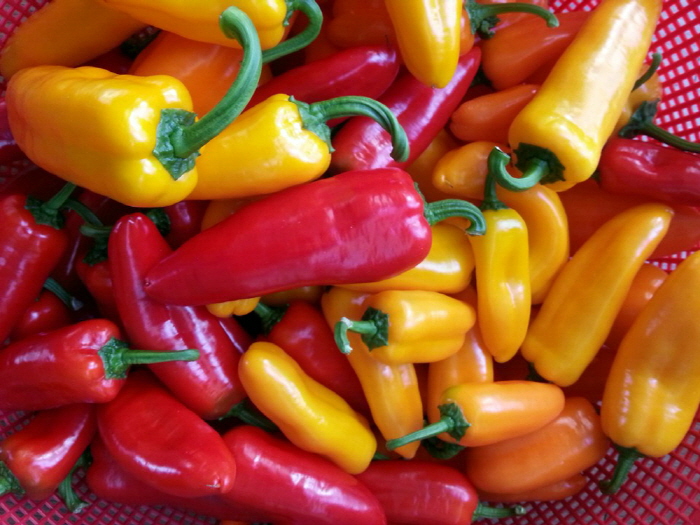 Raon peppers are one-fourth the size of common bell peppers, while they are much higher in sugar content. (image: Gyeongsangnam-do Agricultural Research & Extension Services)

JINJU, May 15 (Korea Bizwire) — Mini bell peppers grown in South Korea are bringing new opportunities to farms in the country.

Raon peppers are one-fourth the size of common bell peppers, while they are much higher in sugar content.

Raon peppers are praised by farmers as a new replacement for expensive imported bell pepper seeds, on which the current market in South Korea rely heavily.

On average, bell pepper seeds cost 500 to 600 won (42-50 US cents) each, and are called by many as the ‘golden seed’ for their exorbitant price, which is 10 times more expensive than hot pepper seeds.

Among them, imported mini bell pepper seeds are two times more expensive (3.4 times higher than the price of gold), increasing demand for a South Korean-bred alternative.

Raon peppers have boosted yields by 70 percent, thanks to its outstanding fruit setting capabilities and adaptability to the South Korean climate.

They come in red, yellow, and orange, and are popular among younger consumers. Thanks to their miniature size, many consumers take raon peppers as snacks before and after exercise.

Raon peppers have also entered the international market as US$20,000 worth of the seeds were exported to Mexico last year.

Currently, raon peppers are being tested for adaptation in Vietnam, Japan, China. Even Europe, where bell peppers are originally from, is sending requests to try out the new species.

Now, raon peppers are being grown at 70 percent of all farms raising mini bell peppers, resulting in higher yields annually.

Bell pepper farmers have been struggling due to a prolonged price drop caused by the recent increase in farmland used for bell peppers and a drop in consumption.

The GARES is trying to resolve this issue by recommending farmers to replace imported seeds with raon peppers.

“We are expecting as much as 30 percent of the large-sized bell pepper market to be replaced with mini bell peppers, which will provide new opportunities for profit,” said Ahn Cheol-geun, a researcher at the GARES.