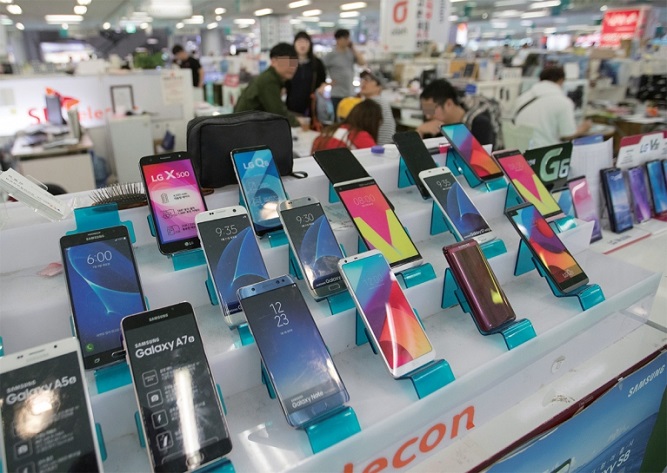 SEOUL, May 26 (Korea Bizwire) — SK Telecom Co. has been found to be engaged in illegal marketing by offering foreigners additional subsidies in exchange for subscribing to the company’s service plans, generating criticism that the company’s reckless activities to attract more subscribers while evading regulations have resulted in discrimination against South Koreans.

Industry sources reported the distribution of instructions from the South Korea’s largest mobile carrier offering additional bonuses to retail agencies based on the number of new foreign subscribers they were able to sign.

The guidelines include an offer to pay 400,000 won (US$358) if a retailer adds more than 10 new foreign subscribers each month, leading to a payout of as much as 7.5 million won if the monthly number reaches 150 foreigners.

Some retail stores have been found to use these bonuses to offer around 100,000 won in additional subsidies to new foreign subscribers, resulting in an unfair situation where South Koreans are paying around 100,000 won more than foreigners to buy the same smartphone.

These illegal activities are reportedly being observed primarily in Itaewon and other areas in Seoul and Gyeonggi Province with high foreign populations.

Industry sources believe that the company is turning to the market for foreign customers, which is less monitored by regulation authorities, to recover from its recent struggles.

The Korea Telecommunications Operations Association reported that SK Telecom suffered a 14.2 percent drop in the number of new subscribers from other mobile carriers in April (94,673 subscribers).

Industry sources believe that the company chose foreigners as its niche market to overcome limitations on marketing competition currently imposed by the Korea Communications Commission.

SK Telecom officials retorted that these bonuses are “not intended to be used as subsidies for foreigners,” and that “these illicit activities are unilateral actions committed by a small number of retailers.”

“These practices were not derived from the company’s official policy. We are giving our best effort to monitor the retailers as closely as we can, and intercept any attempt for illegal activity,” the company said.