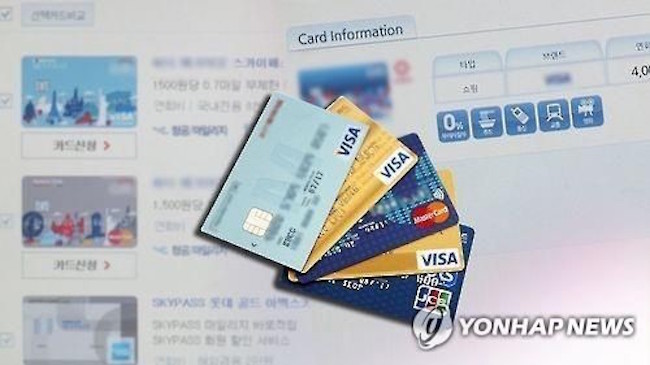 Among them, average daily spending of mobile credit cards came to 57.9 billion won in the first half of this year, up 41.2 percent. (Image: Yonhap)

SEOUL, Sept. 5 (Korea Bizwire) — Daily credit card spending in South Korea hit a record high in the first half of this year, data showed Tuesday, in the latest sign that plastic has become one of the most favored tools for payment.

The amount of transactions processed through credit cards came to 1.76 trillion won (US$1.5 billion) a day on average in the January-June period, up 8.3 percent from a year earlier, according to the data compiled by the Bank of Korea (BOK).

Among them, average daily spending of mobile credit cards came to 57.9 billion won in the first half of this year, up 41.2 percent. The hike is boosted as a growing number of South Koreans utilize smartphones to buy things ranging from clothes to electronic goods.

South Korea is one of the most wired countries in the world with one of the highest smartphone penetration rates. Eight out of 10 South Koreans use a smartphone, according to government data.