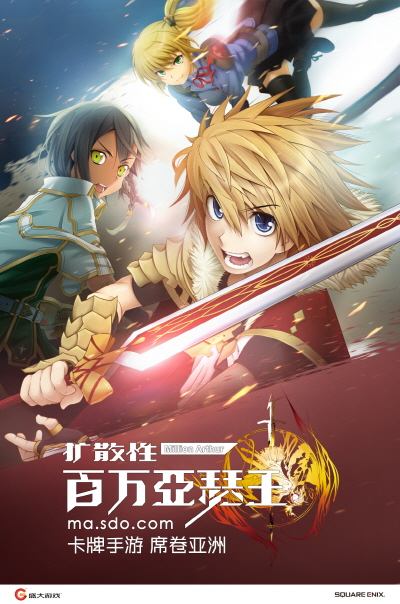 “We are delighted with overwhelmingly enthusiastic response this game has received from gamers in China.  Through our extensive marketing effort and the strength of our operating plaform, we were able to reach our target audience of advanced casual gamers, students, and young professionals.  We launched Million Arthur at 10:30 am this morning and within 8 hours the game became the 3rd Top Grossing App and is likely to continue to ascend before the day is over.  First-day daily active users (DAU) for China have exceeded Million Arthur’s combined DAUs following its first day in Japan, Korea, and Taiwan,” commented Mr. Tunghai Chien, President of Shanda Games.

“With a strong portfolio of games in the pipeline, we will continue to explore new opportunities in China’s burgeoning mobile games market through in-house development, licensing, investment and partnerships.  We expect to publish these new titles in China as well as abroad in the near future.”

Actoz shares closed at a record high on the Korean Stock Exchange.

Shanda Games Limited (Nasdaq:   GAME) is a leading online game developer, operator and publisher in China.  Shanda Games offers a diversified game portfolio, which includes some of the most popular massively multiplayer online (MMO) games and advanced casual games in China and in overseas markets, targeting a large and diverse community of users.  Shanda Games manages and operates online games that are developed in-house, co-developed with world-leading game developers, acquired through investments or licensed from third parties. For more information about Shanda Games, please visit http://www.ShandaGames.com.

Million Arthur is an online mobile card game developed by Square Enix, a leading game developer in Japan.  Based on the folklore surrounding King Arthur, gamers must recruit knights and collect resources on a quest as they fight against other players and in-game characters.  A freemium version of the game is available for download and employs an item-based revenue model.