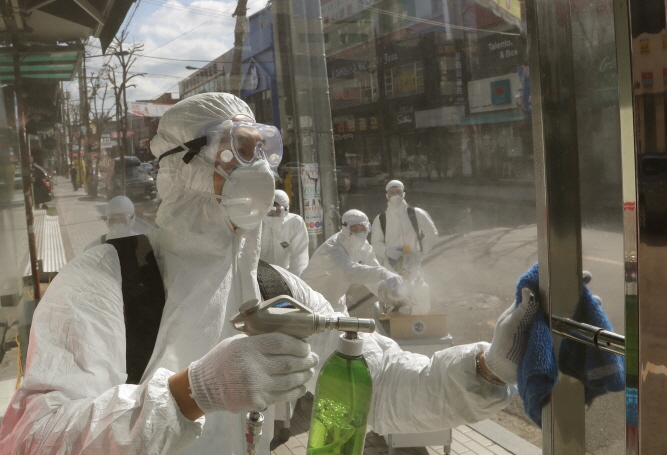 SEOUL, Feb. 29 (Korea Bizwire) — With the new coronavirus outbreak continuing to spread unabated, a vocal minority of the electorate is calling for South Korean President Moon Jae-in to be impeached.

As of Friday, more than 1.3 million Koreans had signed an online public petition calling for Moon’s impeachment on the website of the presidential office Cheong Wa Dae.

South Korea’s presidential public petition system is an electronic petition platform introduced by Cheong Wa Dae to reflect the state administration’s philosophy of “the government answers when the people ask.”

Anyone can file a petition and any petition that garners support from more than 200,000 people within a month requires an official response from Cheong Wa Dae.

President Moon is being threatened with impeachment, a movement that started with opposition to what was seen as an “excessive” pro-China initial response to the coronavirus outbreak.

The Moon administration, instead of putting in place strict immigration controls and strengthening broader entry bans on Chinese visitors in the wake of the COVID-19 outbreak, announced support for China by sending 3 million masks.

The petitioner claims that Moon should be impeached, citing the president’s failure to impose an entry ban on Chinese nationals and his gift of masks to China, saying he seems to want to be the president of China, not South Korea.

Meanwhile, with masks in scarce supply in South Korea, prices have soared by as much as tenfold.

The average price of an individual mask on the market has risen to about 5,000 won (US$4.13), which would amount to 600,000 won per month to properly outfit a family of four. For ordinary people, it is a huge burden.

In the meantime, the government is trying to take measures to sell masks at pharmacies and post offices at prices lower than what is available in the open market. 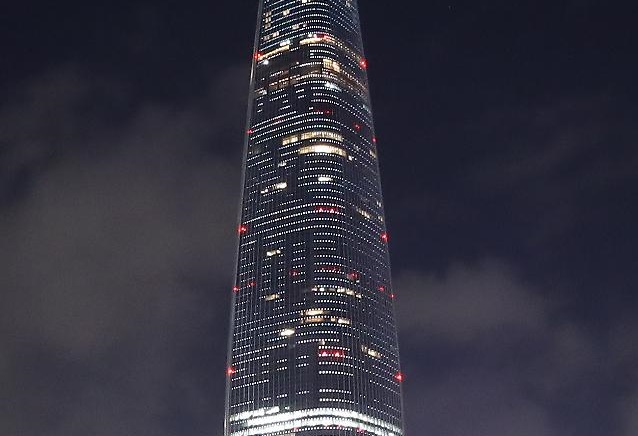 Lotte World Tower in eastern Seoul is illuminated with a Chinese-language message that reads “Cheer up, Wuhan” on Feb. 17, 2020, as China and many other countries strive to contain the new coronavirus that originated in the central Chinese city. (Yonhap)

What has helped public chagrin grow is China’s attitude to the worsening coronavirus situation in South Korea.

In the wake of the coronavirus outbreak, while rest of the world quickly banned Chinese nationals from entering the country, South Korea kept its doors open, in consideration of the people of China and in deference to the significance of the relationship between the two countries.

However, China is currently taking measures to restrict Koreans from entering China, citing the explosion of confirmed COVID-19 cases.

However, the Chinese government is asking South Korea to appreciate its position given the current circumstances.

At the time, he hinted that any restriction on entry should be based recommendations from the World Health Organization (WHO), and that restrictions on travel to China were unnecessary.

However, Chinese provincial authorities ignored the WHO’s recommendation as they enforced quarantine measures against Koreans.

Regarding the apparent inconsistencies in policy, Xing effectively refused to withdraw the measure, saying it was not for Koreans alone.

In addition, the Global Times, a state-run newspaper that represents the Chinese government’s position, refuted Kang’s request in an editorial on Friday, stressing that the government has no choice but to prioritize the safety of the Chinese people, saying, “This is not a diplomatic issue but a more important quarantine issue.” 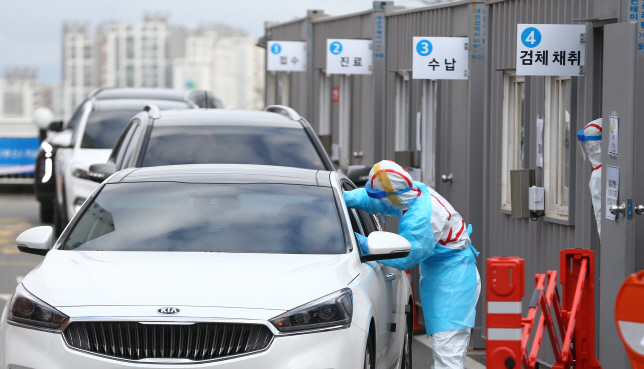 A driver gets a virus test at a “drive-thru” test facility set up by Yeungnam University Medical Center in Daegu on Feb. 27, 2020. (Yonhap)

South Korea, which had already experienced retaliatory measures by China during the deployment of the Terminal High Altitude Area Defense (THAAD) missile defense system in South Korea, has no choice but to vent its anger.

The irony is that South Korea’s retail giant Lotte Group, which suffered the most from the THAAD crisis, sent a message of support to China in the middle of this month, saying, “Cheer up, Wuhan.”

The 123-story Lotte World Tower in eastern Seoul sent a message of support in Chinese on the outside of the building on Feb. 17, which drew a lot of attention online in China.

While the prevailing view is that South Korea’s coronavirus response system is highly advanced, complaints about the failure to supply masks, and excessive pro-China activities by the incumbent government have led to petitions for “impeachment.”

Some argue that the rapid increase in the number of confirmed people is the result of exceptionally fast testing procedures.

The New York Times said, “The aggressive monitoring of infections while keeping the city running in Daegu, which has become the epicenter of the surge in the number of confirmed people, contrasts with China, which has imposed severe restrictions on movement and assembly in Wuhan. Daegu could be a template for more democratically inclined societies as the virus spreads worldwide, testing civil liberties.”

Time magazine quoted an expert as saying that the fact that “about 20,000 people have already finished their tests and are waiting for the results shows considerable diagnostic capability.”

Politico, a U.S. political media outlet, said, “The number of cases in South Korea seems high at least in part because the country has high diagnostic capability. The United States does not seem to have comparable testing capability yet.”

Paradoxically, some argue that South Korea’s rapid increase in number of confirmed patients is due to the country’s rapid diagnostic capability, which is why it is slow to identify those who do not have such a system. 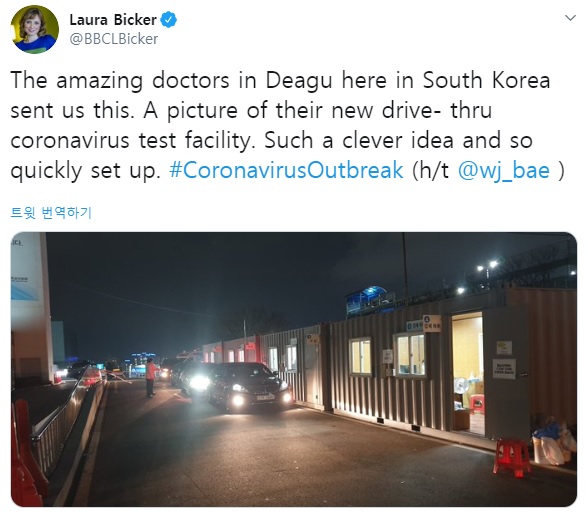 Foreign media also paid attention to the new drive-thru screening centers for COVID-19 testing, which were recently established by some local governments.

The Sejong City Health Center introduced a system where citizens who drive to selected medical centers can undergo a coronavirus test without leaving their car, just like ordering coffee or fast food from a drive-thru.

The entire process – completing an application, consulting with medical staff, measuring body temperature and collecting samples from the nose and mouth – can be completed in only 10 minutes.

BBC’s South Korea correspondent Laura Bicker posted a picture of a drive-thru screening center on her social media and expressed how amazing the idea was.

Currently, Korean citizens are provided with real-time information on the movements of confirmed COVID-19 individuals, and it is possible to quickly check where to take caution and where quarantines are taking place.

The government provides key information regarding the current coronavirus outbreak in the form of a “Cell Broadcasting System,” which provides various information on the specific time zone movements of confirmed residents as well as how to respond to suspected patients.

In the meantime, following a sharp rise in signatures on impeachment petitions against the president and an exponential increase in COVID-19 cases, another petition, this one offering support for the government, reached the one million signature mark on Friday.

The popularity of this new petition is notable, given that the impeachment petition began on Feb. 4 and the petition for support was made 22 days later.

With the coronavirus outbreak expected to drag on for weeks or months even under the most optimistic forecasts, a growing rift between those who support and those who oppose the current administration is likely to leave the country bitterly divided.