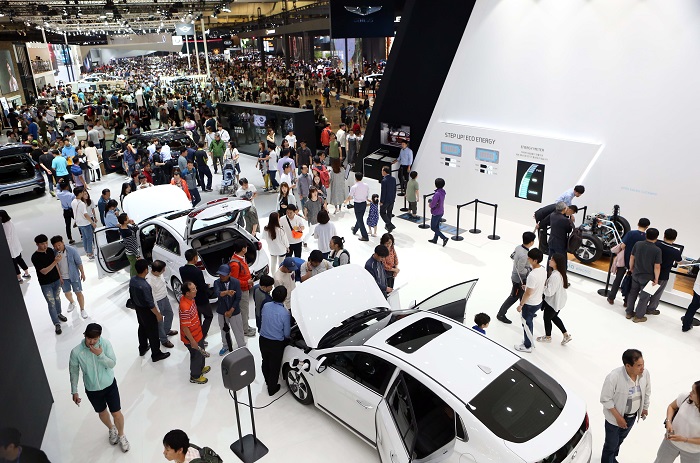 White coating is used in many eco-friendly vehicles, which adds to the popularity of achromatic coating as eco-friendly cars are becoming increasingly popular. (image: Yonhap)

Axalta Coating Systems Ltd, a multinational coatings provider, said that one out of three vehicles sold in South Korea was white, followed by gray (21 percent), black (16 percent), and silver (11 percent).

Compact or mid-size cars, which are the most popular, usually come with achromatic coating, which makes them easier to maintain and ensures a higher resale value.

White coating, in particular, is used in many eco-friendly vehicles, which adds to the popularity of achromatic coating as eco-friendly cars are becoming increasingly popular.

Black coating still accounts for 15 percent to 16 percent of the market. A symbol of status and prestige, black seems to have generated constant demand.

White has been chosen as the most popular color for vehicles worldwide for eight years in a row.