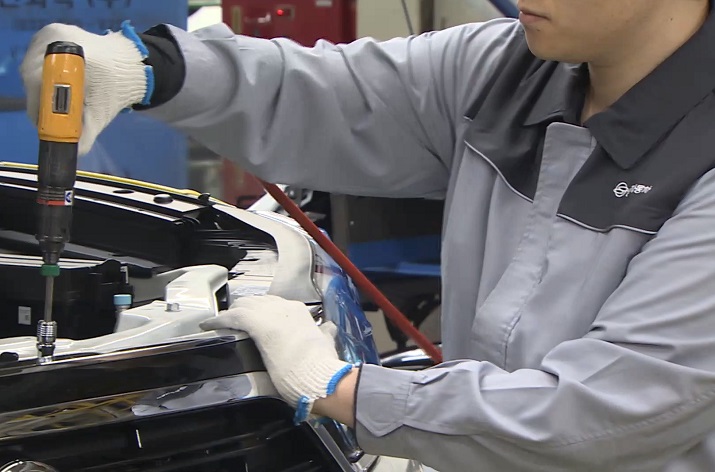 This undated image provided by Yonhap News TV shows a worker at a manufacturing factory in South Korea.

This policy involves two units working 12 hours a day while the other two units rest.

South Korea’s leading steelmaker POSCO introduced the policy for the first time in 2011, after a year-long trial in 2010.

This policy allows more free time for employees since they only need to work half a week.

There has been rising demand among members of the MZ generation for the ‘four units, two shifts’ policy, with many claiming is necessary for ensuring a proper work-life balance.

As businesses anticipate the expansion of this policy throughout large conglomerates, there are some concerns about the full transition.

Senior employees who have become accustomed to the four units, three shifts environment feel uncomfortable about the increased 12-hour workload.

Taking longer breaks, some argue, undermines their adjustment and concentration at their work, raising the risk of accidents.

The dispute over the introduction of the ‘four units, two shifts’ policy has become a major issue between management and labor unions at a number of companies, primarily led by employees from the MZ generation.