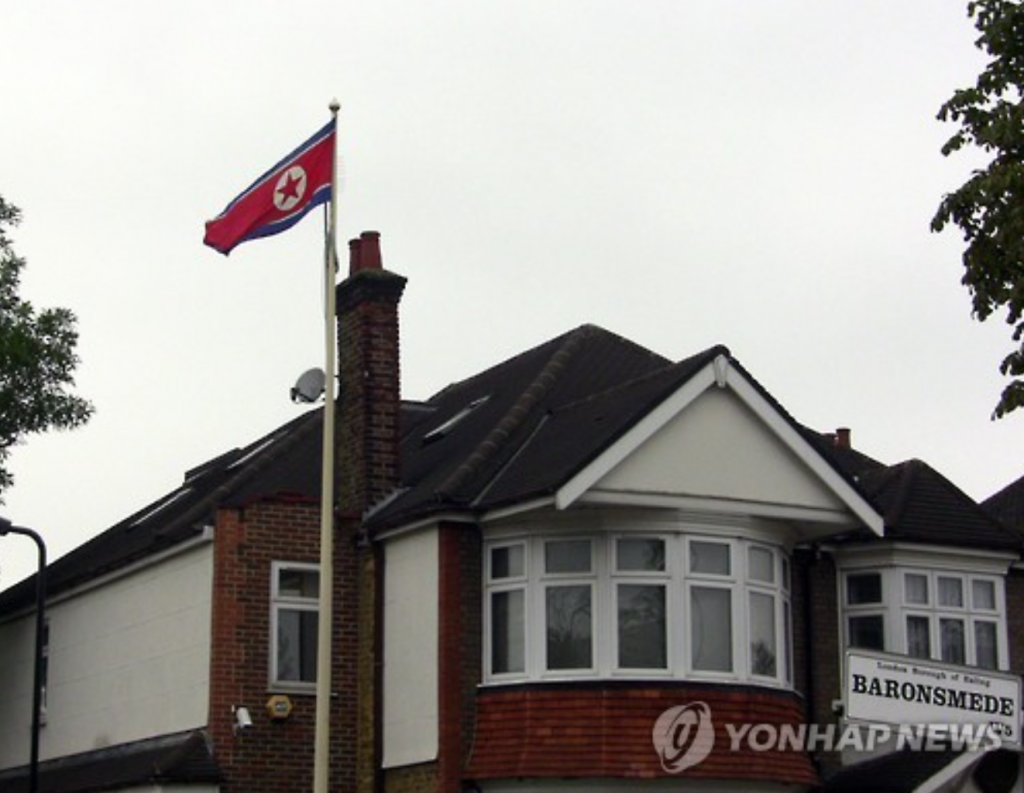 North Korea’s state media has not released a report on the country’s official comments on Thae’s defection. Pyongyang has often accused South Korea of abducting its people when Seoul made prominent defections public. (image: Yonhap)

Thae Yong-ho, who served as a minister at North Korea’s embassy in London, and his family arrived in South Korea late last month without going through a third country, according to the source familiar with the matter.

The 55-year-old Thae, known as the No. 2 man at the North’s embassy, has become one of the highest-level North Korean diplomats to desert the repressive regime, South Korea’s unification ministry said Wednesday.

“Thae is believed to have expressed his intent to defect to South Korea,” the source said. “He is known to have directly flown to Seoul from London.”

The unification ministry said Thae defected because of his disillusionment with North Korea under leader Kim Jong-un and aspiration for freedom and democracy. Concerns for a better future for his children were also factored into his decision, it added.

North Korean diplomats and workers at foreign nations are hard pressed to repatriate money to North Korea which faces tougher international sanctions over its nuclear and missile provocations.

He was known to be in charge of promoting North Korea’s national image in Britain in the face of international sanctions.

Experts said that Thae might have been under huge pressure in doing his job amid sanctions including Washington’s blacklisting of the North’s leader over human rights abuses.

Some analysts said that he might have chosen to desert the North’s regime mainly because of concerns that his children, mostly raised in Europe, will have difficulty in adjusting to life in North Korea if they return to Pyongyang.

Foreign media reports said that he was scheduled to return to North Korea this summer after a 10-year-stay in London. The Seoul government declined to confirm the reports.

Another source said that the North’s leader Kim has ordered the families of North Korean diplomats and overseas workers back to the country following Thae’s defection. The move appears to be aimed at using them as hostages to curb further defections, it said.

Thae’s case has highlighted the difficulties encountered by North Korean diplomats at overseas missions with observers saying many are struggling with various shortages.

Even though diplomats belong to the privileged class in North Korean society, they face economic difficulties while serving overseas due to inadequate support from Pyongyang amid the sanctions regime.

Seoul’s unification ministry said that North Korea appears to be taking a cautious stance by gauging what impacts Thae’s defection would have on its society.

Britain’s daily the Telegraph reported in its interview with Kim Myong-chol, an unofficial spokesman for Pyongyang based in Japan that Thae was “either bribed or coerced” into defecting by South Korea’s intelligence services.

North Korea’s state media has not released a report on the country’s official comments on Thae’s defection. Pyongyang has often accused South Korea of abducting its people when Seoul made prominent defections public.

“If North Korea says Thae defected to South Korea of his own free will, it only serves to acknowledge that something is wrong with North Korea,” Jeong Joon-hee, ministry spokesman, told a regular press briefing.

He said Thae’s defection indicates that he did not see any hope for North Korea’s regime, adding that the international sanctions regime played a role in his decision to defect.