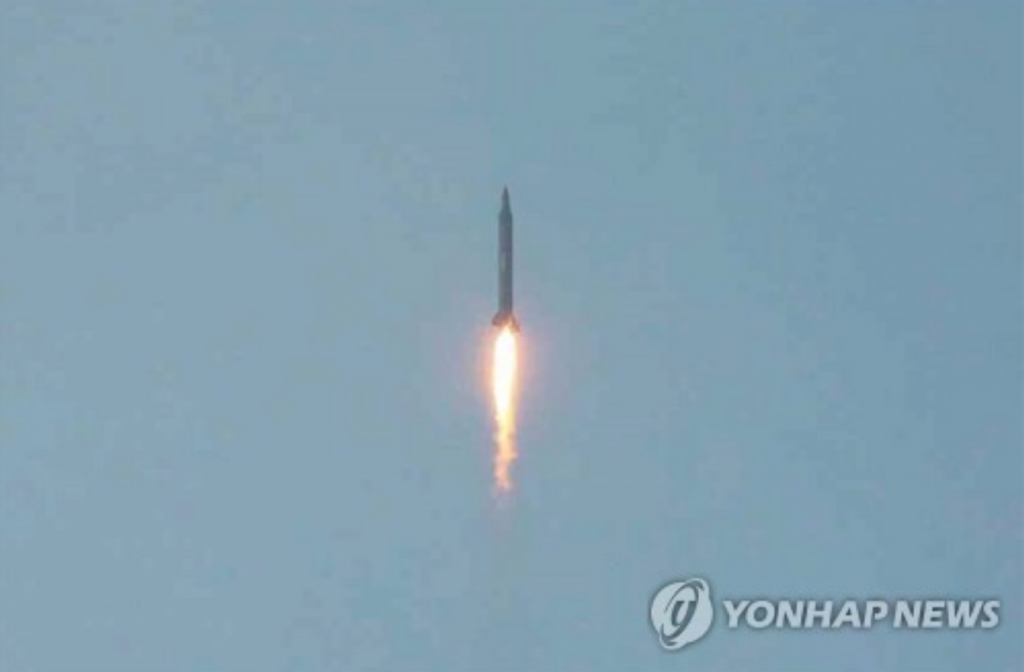 This photo, released by North Korea’s state-run Rodong Sinmun newspaper on July 20, 2016, shows a ballistic missile being fired during a drill at the Hwasong artillery units of the North Korean Army’s Strategic Force to launch ballistic missiles. (image: Yonhap)

SEOUL, Aug. 3 (Korea Bizwire) – North Korea on Wednesday fired off a ballistic missile into waters off its east coast, the South Korean military said, in an apparent show of force against the deployment of an advanced U.S. missile defense system.

North Korea launched a missile into the East Sea from its western province at 7:50 a.m., according to South Korea’s Joint Chiefs of Staff.

It marked the first launch of a missile since July 19, when North Korea fired off two mid-range Rodong missiles and a shorter-range Scud missile.

In July, South Korea and the United States decided to deploy the Terminal High Altitude Area Defense (THAAD) system in the southern county of Seongju in a bid to counter North Korea’s evolving nuclear and missile threats.