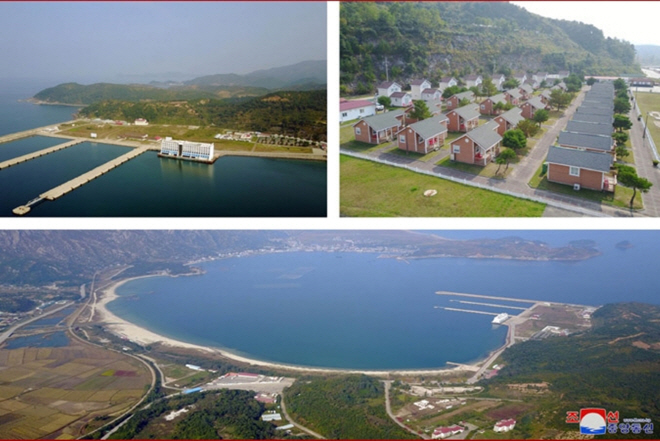 SEOUL, Nov. 27 (Korea Bizwire) — Seven out of 10 South Koreans are supportive of government efforts to resume a long-suspended inter-Korean tour program at Mount Kumgang on North Korea’s east coast, a recent poll showed Wednesday, amid the North’s threat to end the cross-border project.

According to the survey, conducted by the National Unification Advisory Council, 66.8 percent of the respondents said they either strongly agree or agree with efforts to resume the Mount Kumgang tour by allowing individual visits or in-kind payments to avoid violating sanctions imposed on Pyongyang.

Four out of 10 respondents said that improving relations with North Korea should be the top focus of government efforts to restart the tour project, while 33.7 percent said securing public support for the plan is the most crucial.

The poll was conducted on 1,000 adults on Friday and Saturday. The margin of error is plus or minus 3.1 percentage points with a confidence level of 95 percent.

Seoul has said it is considering “creative solutions” to resume the joint tour program after North Korea demanded last month the removal of all South Korean-built facilities at the scenic mountain.

South Korea has been insisting on holding face-to-face talks to resolve the issue through dialogue, but North Korea sent an ultimatum earlier this month, warning that it would take steps to pull down the buildings if Seoul does not tear them down itself.

Launched in 1998, the Mount Kumgang tour program was regarded as a key symbol of inter-Korean reconciliation and economic cooperation until it was suspended in 2008 after a South Korean tourist was shot dead near the resort for allegedly trespassing in an off-limits area.

About 2 million tourists visited the mountain while the program operated.

Meanwhile, on defense cost-sharing negotiations between South Korea and the United States, 46 percent of the respondents said Seoul’s contribution should remain at the current level.