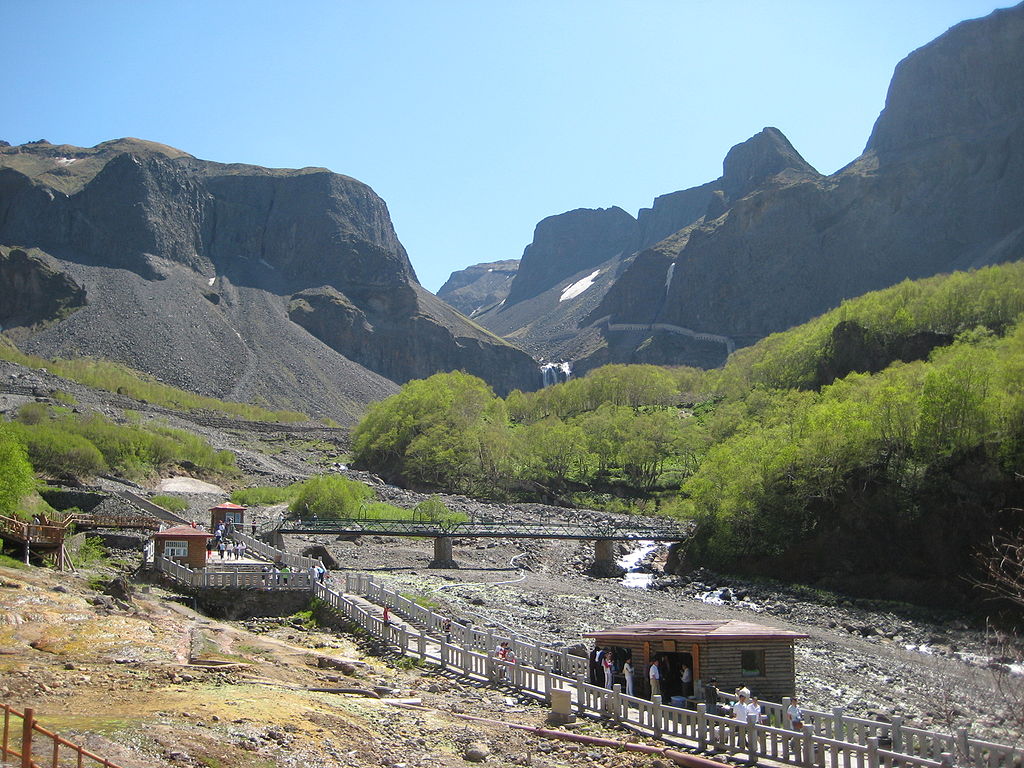 Experts said that the latest move is aimed at luring the dollar from foreign tourists by boosting tourism at Mt. Baekdu. (image: wikipedia)

SEOUL, Apr. 23 (Korea Bizwire) – North Korea said Thursday it has decided to establish a special tourist zone in a district near the peninsula’s highest peak, a move seen as intended to earn hard currency.

North Korea’s Supreme People’s Assembly on Wednesday promulgated a decree designating some areas of the Mubong workers’ district near Mount Baekdu as the Mubong Special Zone for International Tour, according to the official Korean Central News Agency (KCNA).

The district, located in Samjiyon County, Ryanggang Province, is well positioned for a tourist zone as there are already lodging houses and other facilities located there. A military airport is also located near the county, raising accessibility to the district.

North Korea’s sovereignty will be exercised in the special tourist zone where the North’s laws and regulations on economic development zones and foreign investment will also apply, according to the KCNA.

The Mubong zone will be the second special zone for international tour in the North, along with a special zone at Mt. Kumgang, a scenic resort on the North’s east coast.

Experts said that the latest move is aimed at luring the dollar from foreign tourists by boosting tourism at Mt. Baekdu at a time when inter-Korean exchanges have been suspended since 2010 following a deadly warship sinking.

Seoul imposed punitive actions in May 2010 which ban economic and cultural exchanges with North Korea as a punishment for the North’s torpedoing of the South Korean warship Cheonan that year.

Mount Kumgang resort in North Korea, developed by the South Korean company Hyundai Asan, opened in 1998 as a symbol of reconciliation, but South Korea halted tours to the area after a South Korean tourist who strayed into a restricted military zone was shot dead in 2008.