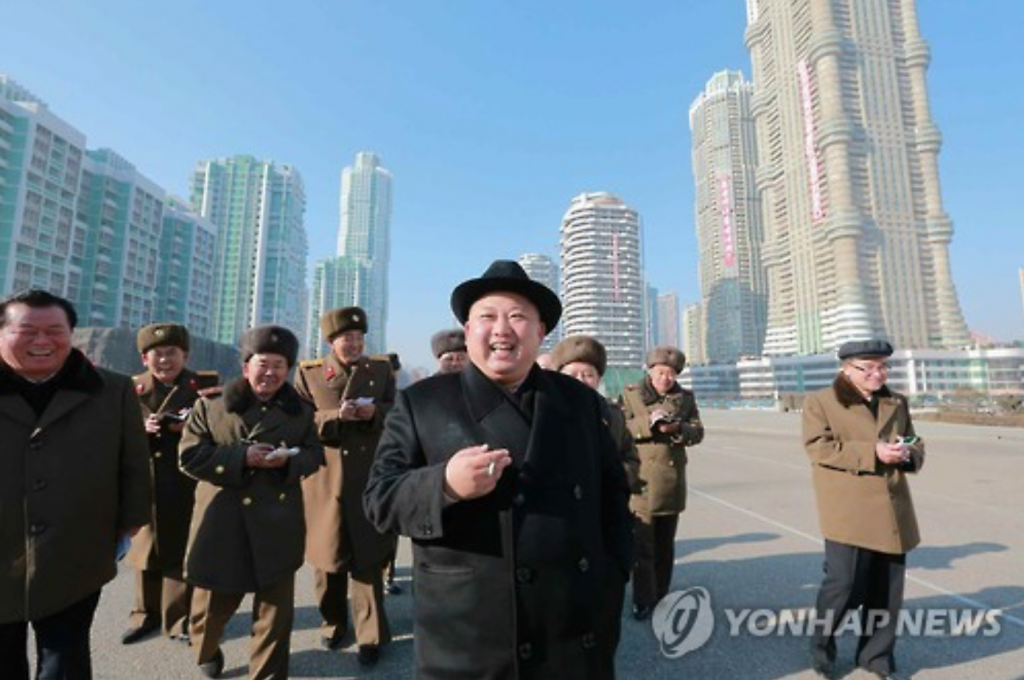 A source in the northern Ryanggang Province told Radio Free Asia (RFA) that materials and funds in humanitarian aid for flood-hit areas offered by the international community were partly used to roof public buildings and houses for locals, and the rest was diverted to Ryomyong Street development underway in Pyongyang and an underwater hotel project in Wonsan on the North’s east coast.

According to the source, the North kept all the canned aid food for its war preparations and redirected all of the diesel offered by Russia to its military.

The source also claimed that the confectionery given by the international community was presented to children in major cities on the birthday of leader Kim Jong-un, which fell on Jan. 8.

The 20 million yuan (about US$3 million) in emergency aid offered by China was used to acquire excavators, iron bars, cement and other construction equipment or building materials for the Ryomyong project, according to the source. Ryomyong Boulevard connects the Kumsusan Palace of the Sun, which holds the embalmed bodies of the leader’s father Kim Jong-il and grandfather Kim Il-sung, with a Tower of Eternal Life — one of many in North Korea.

The North is expected to concentrate its efforts on a development project in Samjiyon near Mount Paektu on the border with China and the construction of a tourist development project in Wonsan after the street project is complete, the source said, adding international aid for the recovery of its flood damage is used to help it publicize Kim’s leadership and his political achievements.