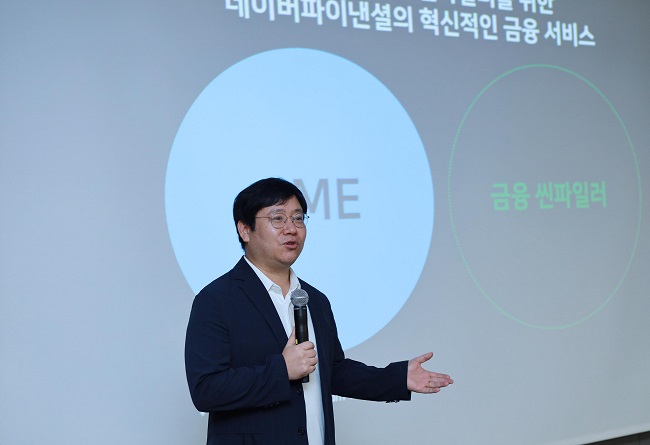 Naver Financial Corp., the financial arm of Naver, said Tuesday it will introduce a new loan service for small vendors who will be able to receive loans at interest rates similar to those offered by commercial banks, even if they have no previous financial history.

Small vendors with more than a certain sales volume on Naver Shopping can apply for the loan service regardless of whether they have stores or incomes.

Naver Financial said that the new loan service would feature a high credit line and a high approval rate since the appraisal of the loan applications would use business information it was already party to.

The company added that it may take only one minute for small vendors to check their credit line and the interest rate using their own mobile phone.

Since Naver Financial cannot introduce a loan service for itself, it decided to join hands with Mirae Asset Capital.

“Smart Store has about 250,000 vendors, of which 73 percent are small and medium enterprises (SMEs) and 43 percent are people in their 20s and 30s,“ Naver Financial CEO Choi In-hyuk said during a press conference held at Naver Partner Square in southern Seoul.

“They have difficulty getting loans due to the lack of previous financial history. These situations raise the need for introducing rapid settlement and SME loans.”

Smart Store, Naver’s shopping platform, settles the sales payment within 9.4 days on average, compared to between 10.2 and 11.6 days at other open markets such as 11st and Gmarket.

The SME loan program is the second perk Naver is introducing to its small vendors. To launch the SME loan initiative, Naver is building up its ACSS (Alternative Credit Scoring System).