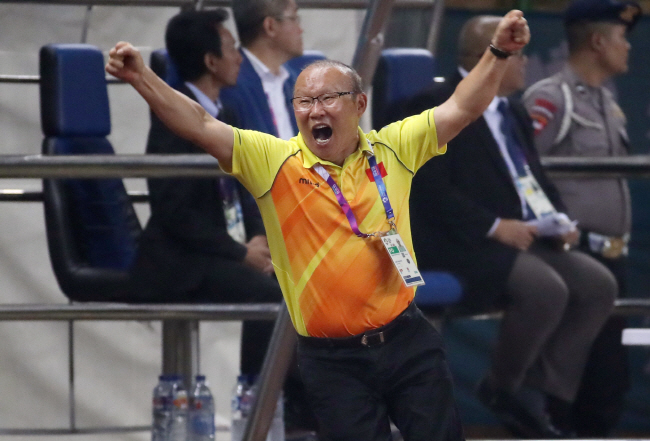 SEOUL, Dec. 24 (Korea Bizwire) — With Park Hang-seo, the South Korean head coach of Vietnam’s national football team, rewriting history by leading the football squad to victory at the AFF Suzuki Cup for the first time in 10 years, an increasing number of South Koreans are being inspired to hit outdoor soccer fields and buy more soccer gear.

Gmarket, a South Korean online shopping mall, revealed that soccer gear sales in the period from December 3 to December 20, shortly after the Suzuki Cup semi-finals, were five times higher than the same period last year.

Despite being a foreign team, viewing rates in South Korea for the second round of the Suzuki Cup finals, held on December 15, reached 18.1 percent, the highest rate among all South Korean channels during the time period.

Other goods, such as ball pumps, saw sales jump by 108 percent over last year. Soccer ball sales increased by 62 percent, soccer socks by 143 percent, and goalkeeper uniforms by 118 percent.

“The explosive growth in sales of soccer gear probably comes from Park’s victory,” said a source from Gmarket.