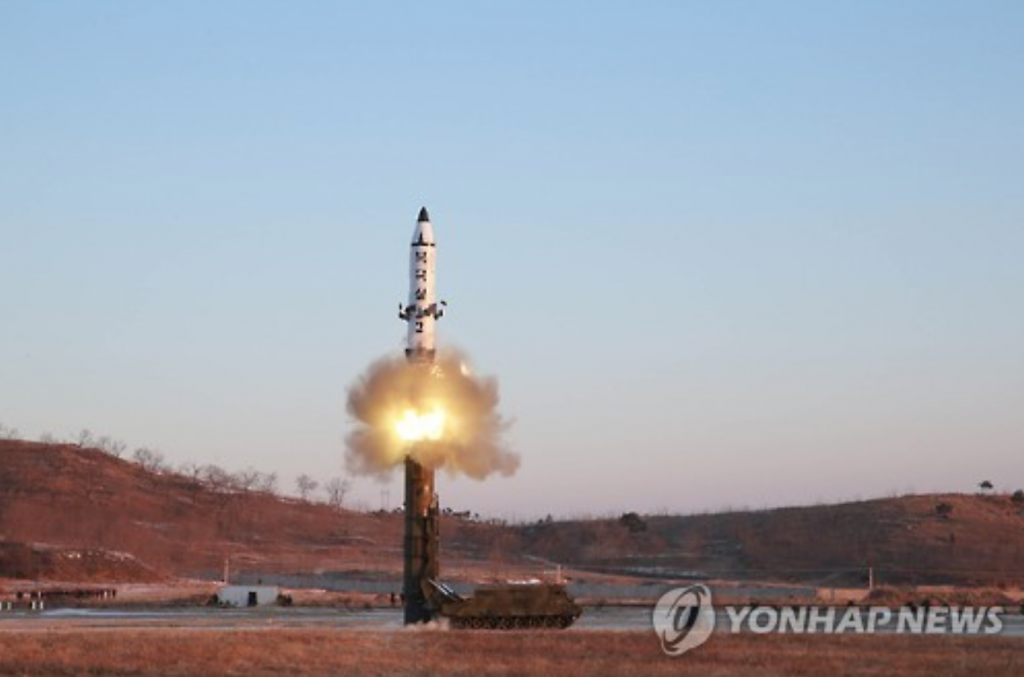 North Korea fired the new intermediate-range ballistic missile (IRBM) called the Pukguksong-2 on Sunday from an air base in the country’s northwestern province toward waters off its east coast. (image: Yonhap)

During the meeting with the National Assembly’s Intelligence Committee, the National Intelligence Service (NIS) said the missile was launched at a high angle of 89 degrees that limited its range. If it were fired at a lower angle, it would have traveled much farther than what was covered in the latest flight.

North Korea fired the new intermediate-range ballistic missile (IRBM) called the Pukguksong-2 on Sunday from an air base in the country’s northwestern province toward waters off its east coast. The missile flew some 500 km before splashing down in the East Sea.

The NIS was quoted as saying by Lee that North Korea has been preparing for an intercontinental ballistic missile (ICBM) launch or planning its sixth nuclear test.

“(The latest launch) was aimed at marking late leader Kim Jong-il’s 75th birthday. It is also intended to convey the North’s warning in regards to the latest U.S.-Japan summit meeting,” Lee said.

The lawmaker also said as the missile used solid fuel that significantly reduced the launch preparation time to less than 10 minutes. This could effectively nullify the “Kill Chain” that is being designed to detect and destroy North Korean missile threats before they are launched.