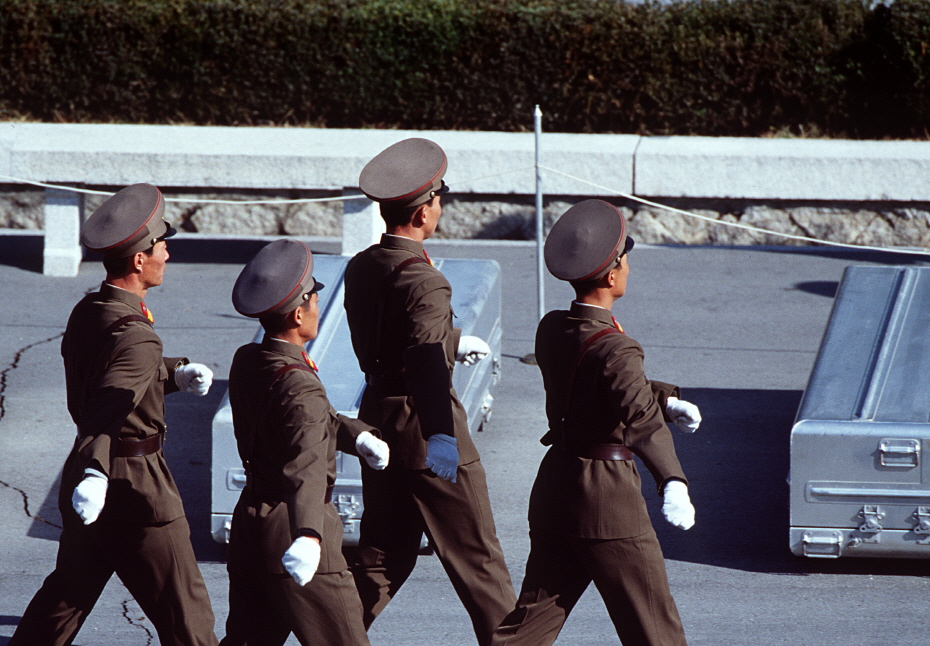 North Korea has long been known to be seeking chemical and biological weapons in addition to its nuclear and missile programs. (image: Public Domain)

Hanham also said that the visit may have been intended as a “veiled threat” to South Korea and the United States because it came days after revelations that the U.S. inadvertently shipped live anthrax to South Korea, a case that the North claimed shows the U.S. is trying to use biological weapons against it.

“Analysis of the images reveals that the facility can produce regular, military-sized batches of biological weapons, specifically anthrax,” she said during a presentation organized by 38 North, a website sponsored by the School of Advanced International Studies at Johns Hopkins University.

Hanham also said the images showed that much of the equipment at the research center violates export control laws based on the dual-use control lists of the Australia Group, a coalition of 41 countries aimed at preventing the spread of equipment usable in chemical or biological weapons.

“The modern equipment seen in the images reveals that North Korea is not only maintaining a biological weapons capability, but also has an active large-scale sanctions busting effort to illicitly procure the equipment for the Pyongyang Bio-technical Institute,” she said.

North Korea angrily reacted to the anthrax shipment to the South, claiming the U.S. is trying to use it against it. The country has since asked the U.N. Security Council to take up the issue.

“North Korea has had a long history of accusing the United States of considering or using biological weapons against them. That dates back to the Korean War,” Joel Wit, editor of 38 North, said during the presentation.

“So this tour happening on the heels of press reports about the U.S. shipments may have been intended … to send a signal to the United States and others that ‘We, the North Koreans, can also produce anthrax if we have to defend ourselves,’” he said.

North Korea has long been known to be seeking chemical and biological weapons in addition to its nuclear and missile programs.

South Korea’s defense “white paper” said the communist nation began producing chemical weapons in the 1980s and is believed to have about 2,500 to 5,000 tons in stock. The North is also believed to be capable of cultivating various types of biological agents such as anthrax and smallpox on its own and producing them into biological weapons, it said.

Last year, the U.S. State Department also said in its “Report on Adherence to and Compliance With Arms Control, Nonproliferation, and Disarmament Agreements and Commitments” that Pyongyang may still consider the use of biological weapons as an option and the communist nation continues to develop its biological research and development capabilities.