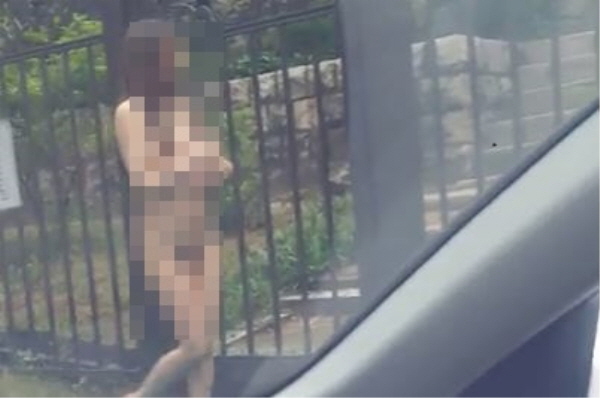 Later it turned out all these stories, including the original news of a woman walking around naked, were groundless. (image: video capture)

SEOUL, Sept. 29 (Korea Bizwire) — On September 25, major social networking services such as Twitter and KakaoTalk were abuzz with postings and videos of a naked woman walking on a busy street near the Seolleung subway station in Seoul’s Gangnam.

According to Gangnam Police Station on the 28th, the person who posted the message first time said, “A woman arguing with her boyfriend started taking her clothes off out of rage.” As the boyfriend picked up the clothes and left the scene, the woman had to walk with no clothes on.

A police officer involved in the case said, “It seems someone out there wanted to get public attention and added some racy bits to videos being spread around the Internet for some time.”

There are indeed cases in which women walk around naked. In most cases, however, this is due to mental problem. Rather than helping out those in trouble, people on the street these days are busy taking pictures and posting them on their social networking pages.

In April this year, a young woman in her 20s walked on the street with no clothes on in Mokpo in the southwest. But no one went out to protect her and instead the pedestrians took pictures of her as if they were citizen reporters.

Lee Jae-hyun, professor of communication at Seoul National University, commented, “This is manifestation of our society’s pathological symptoms. Still social networking services are taking advantage of this sickening voyeurism to commercial ends.”