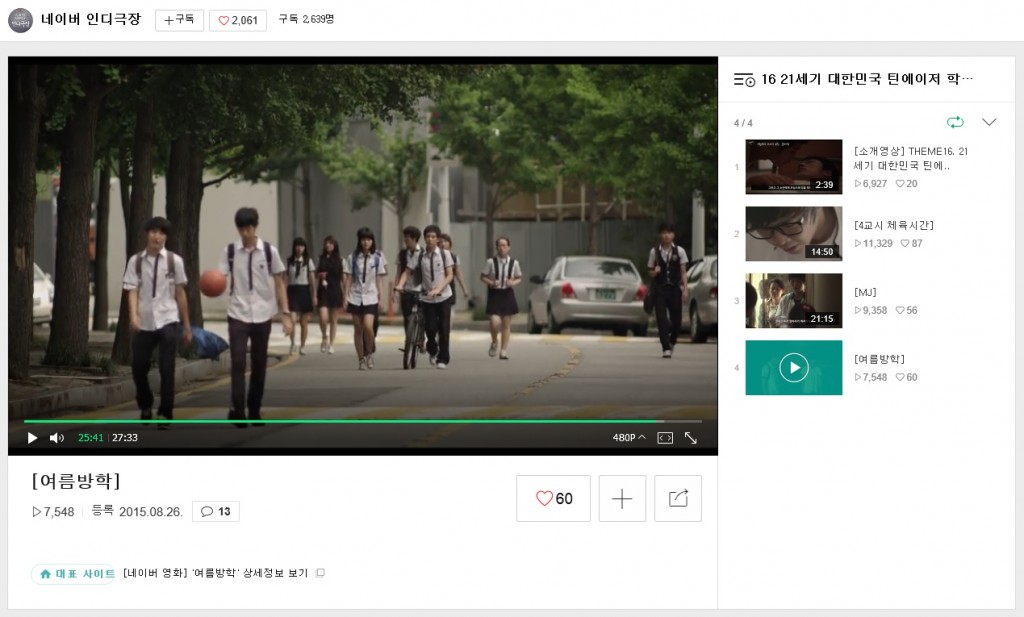 The online theater was launched to revitalize the independent film industry and cultural variety, and offers various genres of independent films selected by experts. (image: Naver)

Naver’s “Indie Cinema,” an online independent film theater jointly run by Naver, the largest Internet portal in Korea, and the Association of Korean Independent Film and Videos, announced on September 8 that it had attracted more than three million viewers since its launch in February last year.

To commemorate the meaningful achievement, Naver and the independent film association will hold an offline film screening at Indie Space, a movie theater dedicated to independent films in Seoul, by inviting the filmmakers.

An official at Naver said, “Besides operating the indie movie theater, we will try our best to promote popular culture in various aspects such as sponsoring various indie film festivals.”