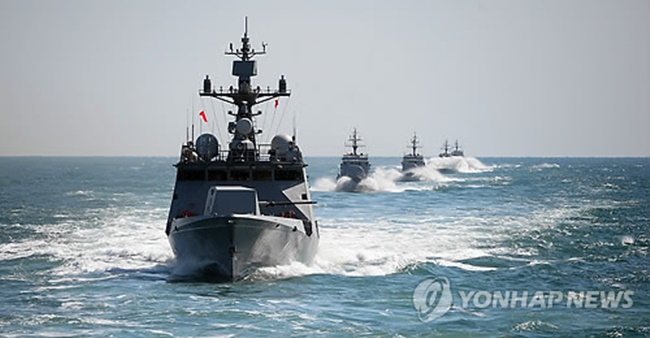 More than 10 warships were mobilized, along with aircraft, while exercises in the Yellow Sea and the South Sea were canceled due to bad weather.

The Navy’s annual practice is to mark the anniversary of the Cheonan corvette sinking. It went down near the Northern Limit Line, the de-facto maritime border between the two Koreas, on March 26, 2010, killing 46 sailors. After an international probe, the South concluded that the sinkingwas caused by a North Korean submarine attack.

It’s a show of the Navy’s resolve to retaliate in case of such a provocation.

This year, however, the Navy did not issue a press release on the practice amid a peace mood on the peninsula.

The Second Fleet Command, which is in charge of defending the western waters, held a ceremony later in the day to commemorate the victims. Bereaved families attended it.