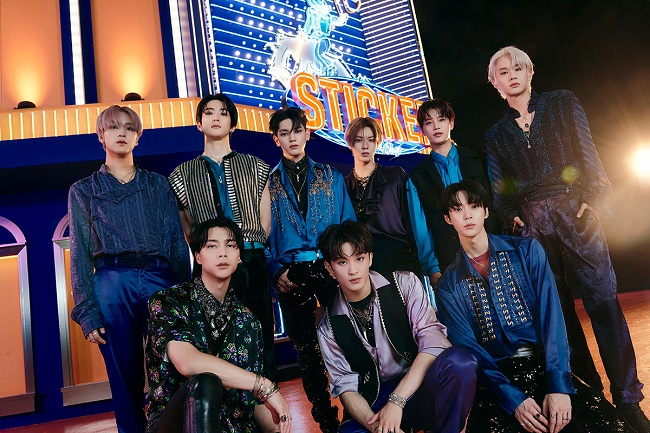 SEOUL, Sept. 27 (Korea Bizwire) — “Sticker,” the third studio album by K-pop boy band NCT 127, has debuted at No. 3 on Billboard’s main albums chart, the highest-charting release for the group.

The album, which contains the lead single of the same name, placed third on this week’s Billboard 200, which ranks the most popular albums of the week in the United States, the U.S. magazine said on its website Sunday (U.S. time).

This is the second top 10 and highest-charting release for the nine-piece act, it said.

The band previously entered the top 10 with its second studio album “NCT #127 Neo Zone,” which debuted and peaked at No. 5 in March 2020.

The only other K-pop acts to make the top 3 on the Billboard 200 are BTS, SuperM and BLACKPINK.

“Sticker” sold 2.15 million copies in the first week of its Sept. 17 release, topping local and overseas music charts, according to the group’s label, SM Entertainment.

It also debuted at No. 40 on Britain’s Official Albums Chart last week, marking the first time the band has made it onto the list.

The album’s other tracks include “Lemonade,” “Breakfast” and “Promise You.”

Coming in at Nos. 1 and 2 on this week’s Billboard 200 chart were Drake’s “Certified Lover Boy” and Lil Nas X’s “Montero,” respectively.