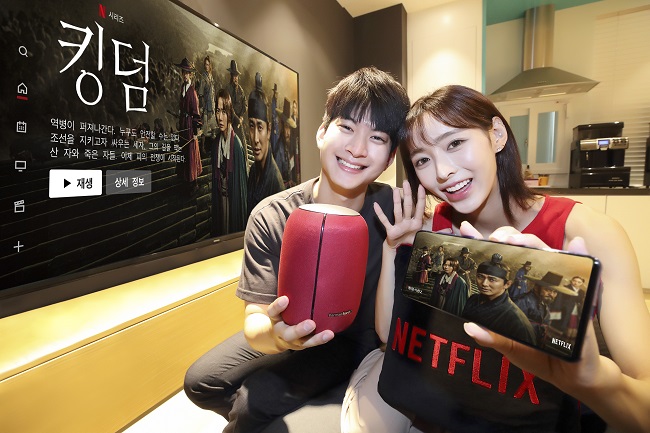 Initially, Netflix faced unwilling customers who weren’t used to the idea of spending money to purchase video content, many of whom were also not used to watching foreign features.

That’s when Netflix came up with the idea of localizing its content, attracting more subscribers by offering various features that South Koreans can better relate to.

According to WiseApp, an app market analysis platform, the number of Netflix subscribers jumped from 90,000 to over 200,000 after the release of “Okja.”

Other localized Netflix original series such as “Kingdom” and “Extracurricular” were major successes.

For Netflix, the acquisition of intellectual property through production investment is far more important than earlier screenings, since the company needs sustained features for distribution.

Broadcasting rights are not enough to utilize various features in the long run.

It also purchased a 4.99 percent share of CJ ENM’s subsidiary Studio Dragon, one of the country’s leading series producers.

Netflix is expected to continue its investment in production of South Korean content, since the country is a shortcut to entering the Asian market.

Ted Sarandos, Netflix chief content officer, wrote in a column for the Los Angeles Times noting that various features are still being produced in South Korea, despite the ongoing coronavirus pandemic.