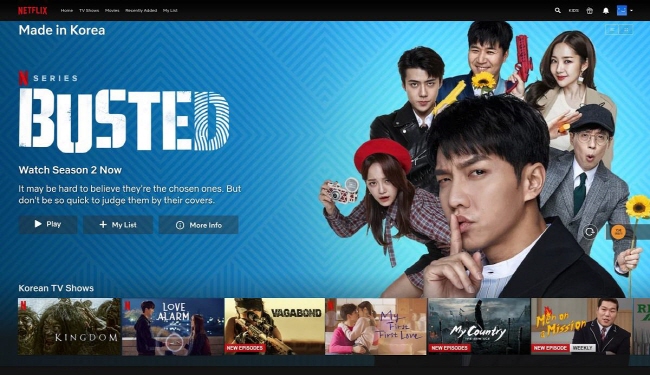 SEOUL, Nov. 28 (Korea Bizwire) — Netflix has been speeding up efforts to strengthen strategic partnerships with South Korean content creators in an apparent move to expand its influence in the country’s burgeoning streaming service market.

Last week, the U.S.-based streaming giant inked a deal with CJ ENM, an entertainment unit of CJ Group, and its subsidiary Studio Dragon, one of the country’s leading series producers.

Under the agreement, Studio Dragon will produce Netflix original Korean series for the next three years starting from 2020, while Netflix will distribute the content through its global platform.

The partnership came as Studio Dragon’s hit dramas including “Mr. Sunshine” (2018), “Memories of the Alhambra” (2018) and “Arthdal Chronicles” (2019) won rave reviews from global audiences after being simultaneously broadcast on Netflix.

Netflix has enjoyed rising demand for JTBC-aired series, including “Sky Castle” (2018) and “Something in the Rain” (2018), which are also available on Netflix’s subscription-based online streaming platform, from Korean wave fans around the world.

On top of that, the rising popularity of Korean soap operas has moved the U.S. firm to produce the second seasons of Netflix-created original Korean series “Kingdom” and “Love Alarm.”

Its newly launched “Made in Korea” collection is entirely devoted to South Korean content ranging from drama series to variety shows.

“At Netflix, we are excited to be part of this K-wave and the broader Asian-wave everyone here is working to create, ensuring more cultures are reflected on screen,” the company’s founder and CEO, Reed Hastings, said in a forum held on the sidelines of a special summit between South Korea and the Association of Southeast Asian Nations (ASEAN) in the port city of Busan, 450 kilometers southeast of Seoul. 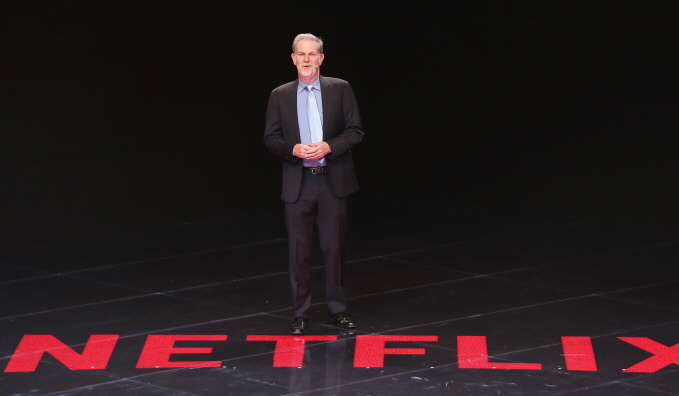 Netflix CEO Reed Hastings speaks during a forum held on the sidelines of a special summit between South Korea and the Association of Southeast Asian Nations (ASEAN) in the port city of Busan, 450 kilometers southeast of Seoul, on Nov. 25, 2019. (Yonhap)

Experts said Netflix’s latest aggressive move is aimed at securing leverage to win a possible lengthy battle in the global media market by raking in surefire content and joining hands with up-and-coming studios in advance.

The global over-the-top (OTT) market, currently led by early bird Netflix, is facing intensifying competition as Walt Disney and Apple are jumping into the industry with their abundant content.

“It will set up its quality global database and prepare seasonal original series.”

The move is also part of efforts to expand non-English language original offerings in order to increase penetration into Asia.

Insiders said Netflix sees that Korean dramas will help lure more customers in the Asian region, where the drama-led Korean wave has been widespread for decades.

According to industry data, Netflix had about 6.3 million new international subscribers in the third quarter alone, while 510,000 were from the United States.