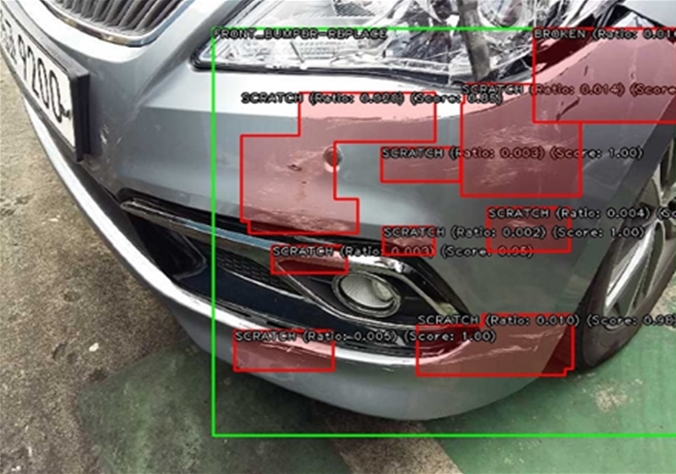 The key function of the system will be to estimate repair costs by analyzing pictures of accident scenes. (image: Korea Insurance Development Institute)

The institute is planning to invest approximately 4 billion won (US$3.56 million) in the project and ‘AOS-α’ is expected to launch as early as the second half of this year.

The key function of the system will be to estimate repair costs by analyzing pictures of accident scenes. The system’s AI will further recognize which parts of the car were damaged and the degree of damage.

In order to raise accuracy and to enable practical use, the institute will continue to run tests so that the AI system can self-learn.

While AOS-α will speed up the insurance claim process by automatically identifying a vehicle’s license plate and then retrieving insurance contract information, the service will be run as a pilot project starting from the second half of the year.

Although the system’s AI repair cost estimation is an industry first, once the first phase of the project is stabilized, the system will expand to analyzing big data and video.

With the AI-based estimation system replacing simple repetitive tasks, workers will be able to focus more on high-level tasks.