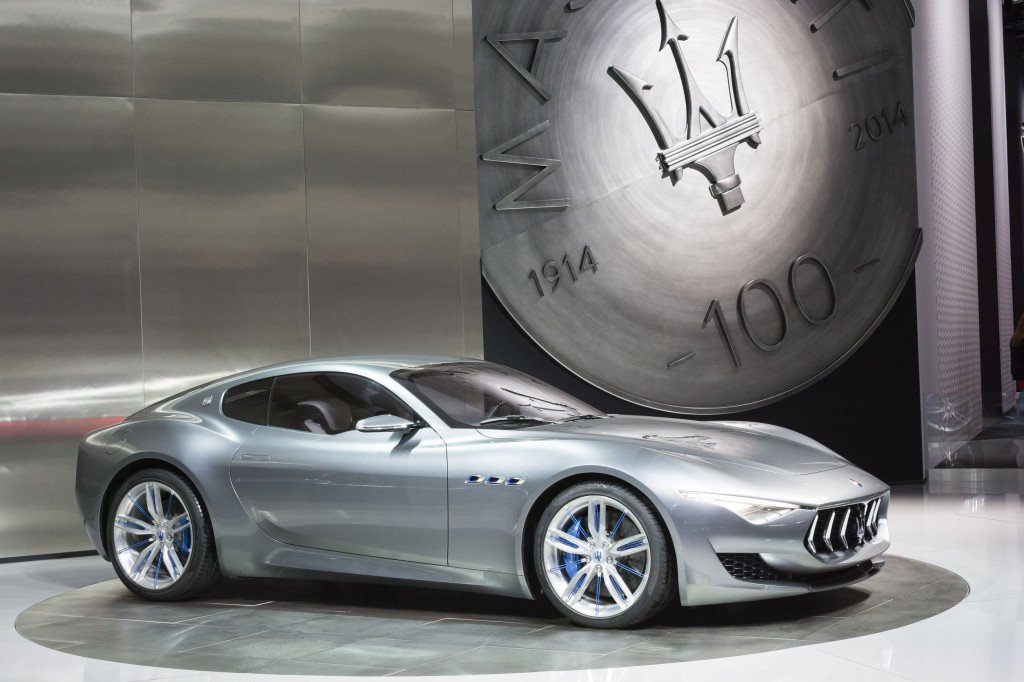 A total of 723 units under the Maserati brand were sold in South Korea in 2014, up 469 percent compared to a year earlier. (image credit: Kobiz Media)

SEOUL, Feb. 13, (Korea Bizwire) – Italian luxury sports car brand Maserati S.p.A. said Thursday its sales in South Korea leaped nearly sixfold on-year in 2014, demonstrating that its vehicles, priced at over US$100,000 on average, are becoming less of a rare extravagance as big names from abroad continue to expand their foothold in South Korea.
A total of 723 units under the Maserati brand were sold here last year, up 469 percent compared to a year earlier, according to the carmaker. The jump is the highest seen among markets in the South-East Asia and Pacific (SEAP) region, where sales growth for the sports car manufacturer averaged 252 percent over the cited period.
“If we look at South Korea, this is the strongest and the biggest market in the (SEAP) region, accounting for 36 percent of sales (in the area),” Fabrizio Cazzoli, the chief executive officer of Maserati’s Japan branch, said during a media event held on Thursday in Seoul.“South Korea is one of the most important markets for Maserati, you can be rest assured of that — there is a large potential,” he said, adding, “2015 will be a crucial year for development” here, with plans to increase showrooms and service centers for Maserati buyers throughout the country. 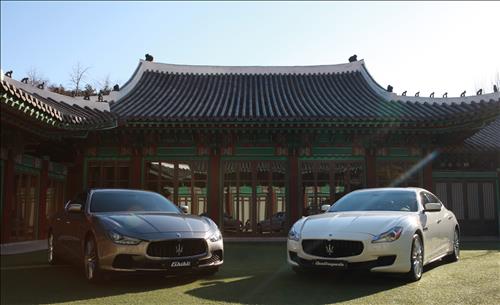 The leap in numbers comes as overall sales of foreign-made vehicles are also creeping up to capture a larger share in the South Korean car market.

Imported cars accounted for 13.92 percent of the local market last year, up from the 12.1 percent logged in the previous year, according to data compiled by Korea Automobile Importers and Distributors Association. Compared to just five years before when foreign brands’ market share stood at 4.94 percent, their portion has more than doubled.

South Korea’s top carmaker Hyundai Motor Co. has been doing its part to raise competitiveness in the luxury car segment, with lineups including its Equus full-size sedan and the Genesis out in the market. However, it has yet to be viewed as an upscale brand among locals here, who instead look to imported brands as a sign of wealth and status.

For instance, the Aslan front-wheel drive, Hyundai’s most recent attempt to compete against imported cars, did not wow domestic customers as the South Korean carmaker had hoped it would.

The car, benchmarked on the Lexus ES 350, had emphasized a so-called “premium comfort” as a means to persuade customers back from sports-tuned German cars with stiff rides, but last year’s sales of the newly-introduced model came to just 2,551 units, far behind the goal of 6,000 units Hyundai had aimed for.

Maserati, on the other hand, is pushing to further build up its client list by expanding its lineups into a whole new segment, with plans to launch its Levante luxury sport utility vehicle (SUV) later in 2016.

Maserati dismissed concerns that the entry into a new segment, in addition to the soaring sales of the Maserati models, may be considered less enticing to customers who choose its cars for their exclusivity. The name will nonetheless “remain a luxury,” Cazzoli said.

“The SUV luxury segment is very big and appealing, and we are going to have an exceptional product in that segment,” he said.“Now, all that said, Maserati (still is) a luxury brand… It will not be a diluted brand, but it will be the opposite.”
(Yonhap)
Tweet