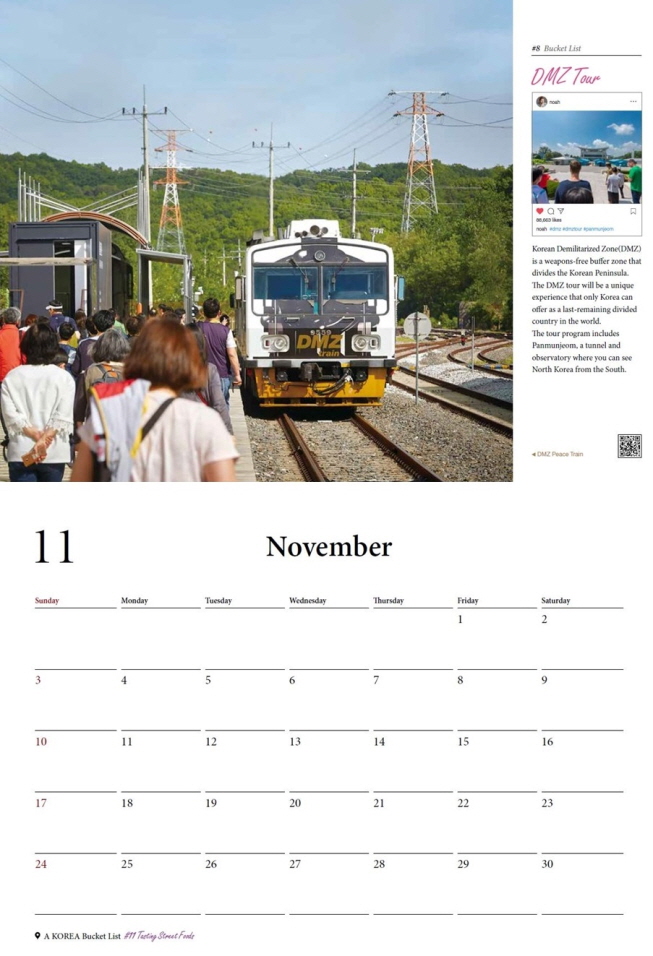 SEOUL, Nov. 23 (Korea Bizwire) — The Korean Culture and Information Service (KOCIS) is distributing the 2019 Korean Culture Promotion Calendar with the theme of ‘A Year of Things to Do in South Korea.’

To be released on Friday, the calendar includes information on a variety of traditional and modern Korean cultural programs popular among tourists and foreign residents, based on various studies conducted by different public institutions.

The ‘tourist’s bucket list’ includes to-do lists popular among foreigners like ‘going to a K-Pop concert’, ‘traveling to Jeju Island’, ‘experiencing a temple stay’, ‘taking a tour of the DMZ’, ‘trying out street food’, ‘experiencing the night culture of Korea’, and more.

Each list provides a QR code that can be scanned to receive information on transportation, maps, links to official websites, and other helpful information. 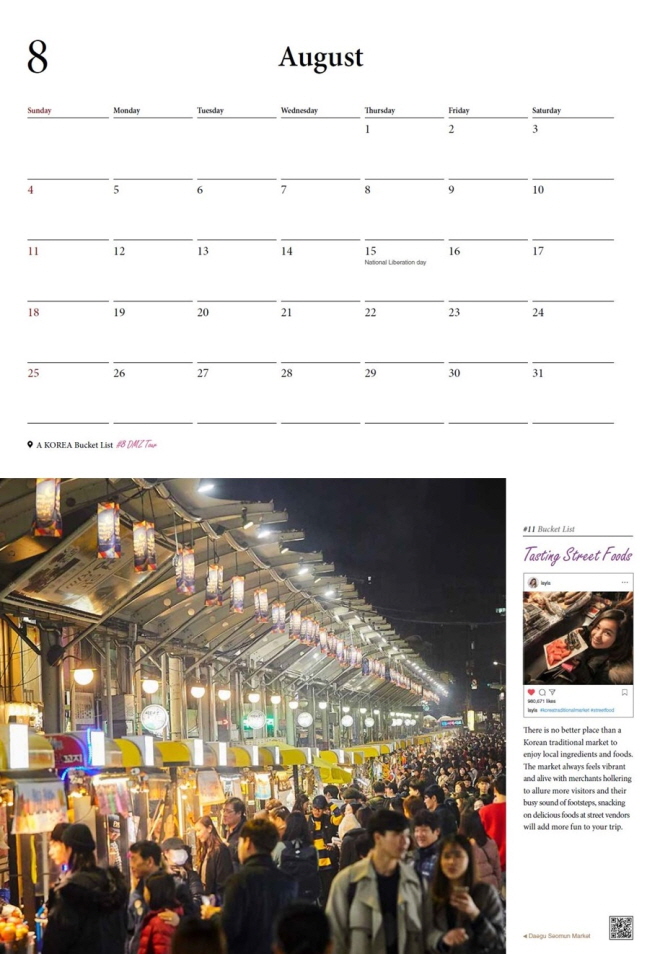 The calendar was designed as a sign of thanks for all the support and interest that influential figures from arts and culture, media, and public opinion all around the world have showed.

Examples will be distributed to 180 South Korean diplomatic offices worldwide.

“Many foreign figures showed deep interest in our high-end calendars designed as a promotional tool for Korean culture,” said a source from the KOCIS.

“This year’s calendar is expected to be even more popular thanks to the new practical features.”