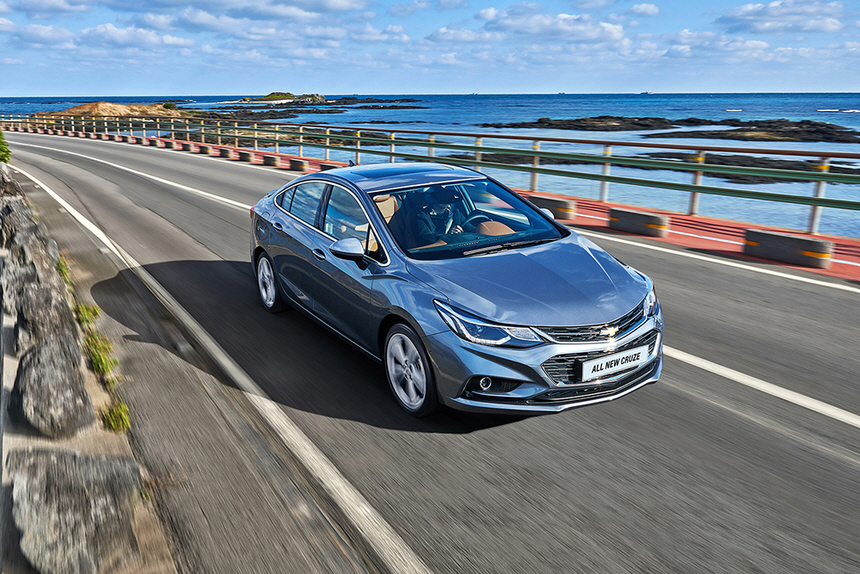 Last week, the local carmaker’s parent, General Motors Co., announced it will shut down its underutilized plant in Gunsan, one of the automobile giant’s four car assembly plants in South Korea. The closure of the plant by May is part of its global business restructuring effort, but the news sparked strong resistance from union workers in the city located 270 kilometers south of Seoul, as well as those from its many subcontractors.

The Detroit-based carmaker said it will decide the future of the remaining plants in South Korea within weeks and will base that decision on talks with the Seoul government and GM Korea’s labor union. The state-run Korea Development Bank owns a 17 percent stake in GM Korea.

“To secure an output volume of new vehicles that will keep GM’s remaining plants in Korea operational, the company’s union is required to accept a steep reduction in wages, bonuses and welfare benefits among other things,” a GM Korea spokesman said over the phone.

Last year, GM Korea produced a total of 520,000 vehicles from its four plants, the combined capacity of which reaches 910,000 units. GM wants to keep the remaining three plants — two in Bupyeong, just west of the capital city, and one in Changwon in the country’s southeast — by allocating a new crossover vehicle for production here, the spokesman said.

The U.S. carmaker can start making a new crossover in the plants in Bupyeong and Changwon to produce 500,000 units annually. But the product allocation depends on the Seoul government’s willingness to extend its financial support to the loss-making GM Korea and the union’s self-help efforts, the company said.

GM has recently proposed to its key stakeholders, including the KDB and the labor union, a plan that requires full support from all parties. The plan includes a significant product-related investment, although the company didn’t provide details on future product plans.

“The performance of our operations in South Korea needs to be urgently addressed by GM Korea and its key stakeholders,” GM Executive Vice President Barry Engle said in a recent statement.

“As we are at a critical juncture of needing to make product allocation decisions, the ongoing discussions must demonstrate significant progress by the end of February, when GM will make important decisions on next steps,” he said.

But the KDB is not likely to accept GM’s proposal without conditions of its own, as it will be asked to put in taxpayers’ money. The policy lender wants GM to specify its investment plans.

The GM executive is scheduled to meet officials of the state bank and South Korean policymakers in Seoul on Tuesday to seek financial assistance and cooperation to put its loss-making Korean unit back on track.

In the past four years, GM Korea reportedly posted up to 3 trillion won in accumulated losses but the company has paid more than 10 million won per worker to its 13,000-strong union in bonuses.

For its long-term presence in Korea, GM claimed it will spend up to $850 million this year, including approximately $475 million in non-cash impairments and $375 million in employee-related cash expenses.

“We are ready to discuss the normalization of GM Korea,” Finance Minister Kim Dong-yeon said in a meeting with reporters. “We have not received any official requests from GM, and it is too early to say what steps will be taken.”

The finance minister said the government would draw up a set of measures for the local economy and to lessen serious fallout from the Gunsan factory closure.