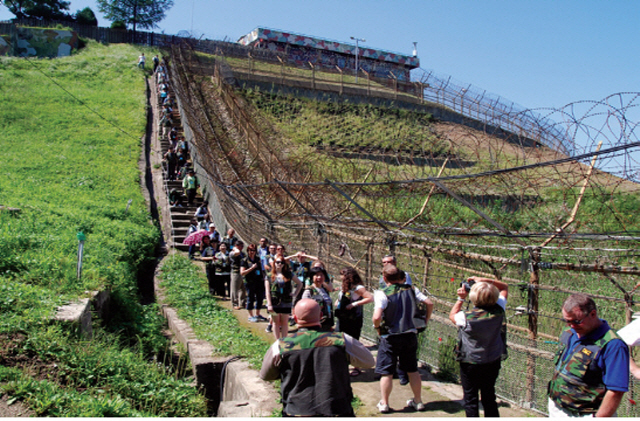 SEOUL, Dec. 17 (Korea Bizwire) — The Ministry of Public Administration and Safety announced on Sunday that it will develop hiking paths across the demilitarized zone (DMZ) for hikers and tourists.

Also known as South Korea’s Camino de Santiago, the new ‘DMZ way for unification’ will stretch 456 kilometers across ten cities and districts from Incheon’s Ganghwa-gun to Goseong-gun in Gangwon Province.

The project is scheduled to be completed by 2022, with the national and provincial governments expected to spend a total of 28.6 billion won (US$25.26 million) on the initiative.

The ministry believes that the new path will result in economic spinoffs worth as much as 250 billion won each year, attracting more than 1 million visitors annually.

“The new trail will contribute to local economies and become a symbolic location for the peace and prosperity of the Korean Peninsula,” said Kim Hyun-gi, head of local autonomy affairs at the ministry.