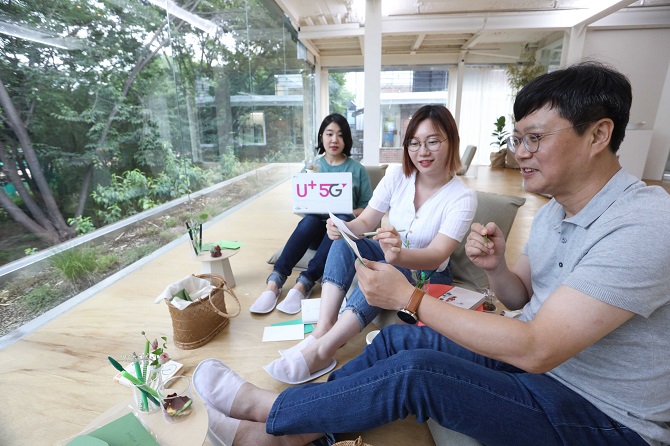 Under this program, high-ranking executives at LG Uplus learn skills on how to better communicate with the MZ generation from a group of new employees. (image: LG Uplus)

The goal is for the new employees to share knowhow on how to better communicate with the so-called MZ generation, which encompasses millennials and Generation Z.

The company announced on Thursday that the reverse mentoring program was slated to wrap up at the end of July after having been launched in May.

Under this program, high-ranking executives at LG Uplus learn skills on how to better communicate with the MZ generation from a group of new employees with an average age of 27.

As many as 10 high-ranking executives, including LG Uplus CEO Ha Hyun-hwoi and those leading the strategy, service development and network divisions participated in the program as mentees, while 20 new hires served as mentors.

After introducing the program first in 2019 as an annual event, LG Uplus decided to run the program twice every year (once in the first half and once in the second half) upon participants’ request.