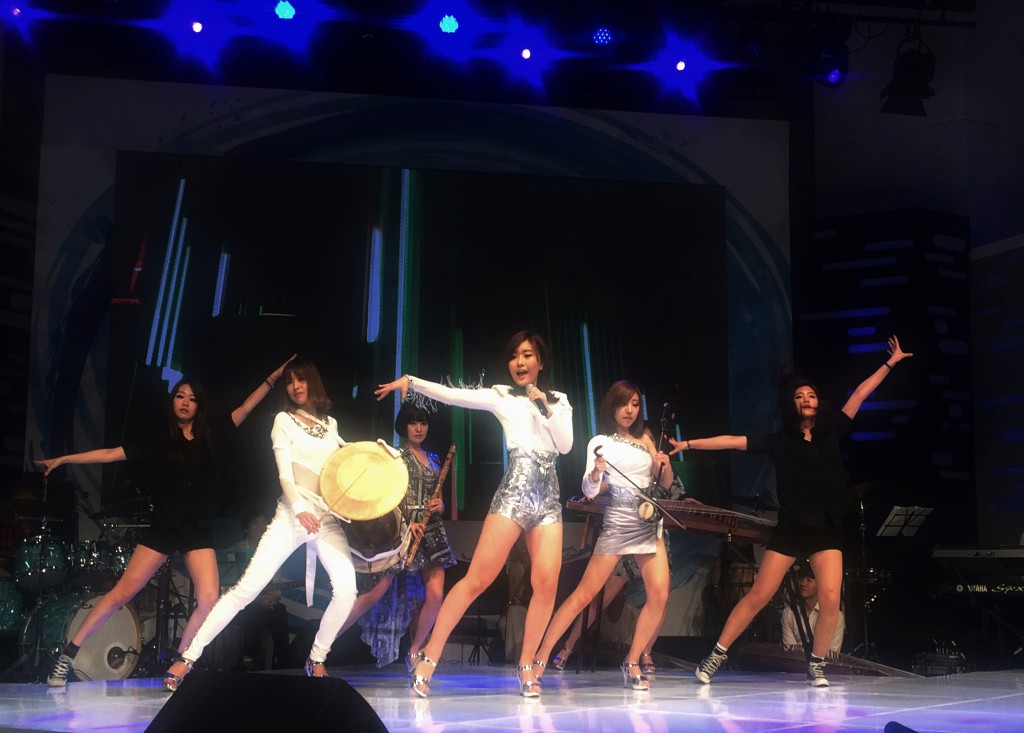 With splendid stage costumes, strong club-like beats of music and dances reinterpreting Korean traditional dances, the band is gaining people’s attention as the next leader to boost the Korean Wave. (image: Sorea Band)

SEOUL, July 4 (Korea Bizwire) – A new girl group armed with Korean traditional music is gaining people’s attention as the next leader to boost the Korean Wave.

The girl group, Sorea Band, which performed as a special guest at a K-wave conference on July 1 jointly held by KBS and the Korean Society for Journalism and Communication Studies, garnered much attention from K-wave experts. Under the theme, “Korean Wave: Toward the Next Chapter,” the conference served as a unique chance to discuss the future direction for driving K-wave.

The five-member Sorea Band exited the audience at the conference by performing its new song titled “Araliga.Nat.Ne.” With splendid stage costumes, strong club-like beats  and their “Ari-dance” which reinterpreted Korean traditional dances, the band received huge applauses from the audience to capture the eyes of the K-wave experts at the conference.

Sorea Band — whose name comes from “Soul of Korea or Symbol of Korea” — was launched in 2005. They pursue “new music” by mixing diverse modern genres such as hip-hop and rock, blending with Korean traditional musical instruments.

The band already performed at the White House in America in 2011, two years earlier than Psy’s sensational debut there and was invited to a series of world’s renowned events like Mayor’s Thames Festival in 2009, Champs Libres Festival in 2010 and FIFA Fanfest in 2006. With those overseas performances, the band succeeded in publicizing another genre of Korean traditional music to the world.

An official at KBS Global K-wave Center said, “The Korean wave began with K-dramas and passed through the 2.0 version of the K-pop age. Now, it faces a 3.0 version which is focused on introducing Korean traditional culture like Taekwondo, Arirang and Korean foods. In the stage, Sorea Band can be called a leader in the K-wave 3.0 version.”

Meanwhile, Sorea Band will be appearing in various TV entertainment programs like Music Bank of KBS to have more opportunities to promote the beautiful Korean traditional music to the audiences in and outside Korean market.