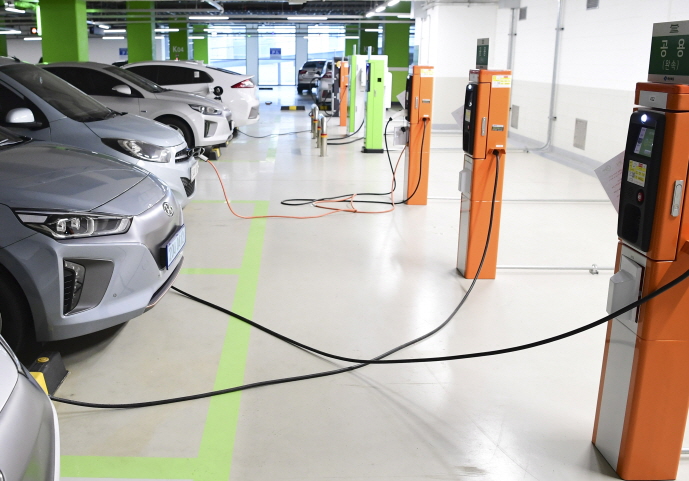 In the case of electric cars, the technology to discharge the electricity from stored batteries is not available yet, but the amendment provided a legal framework for the future of this type of energy exchange. (image: N. Gyeongsang Provincial Office)

SEOUL, Dec. 13 (Korea Bizwire) — A simple method to allow for the sale of electricity stored in electric car batteries is coming to South Korea.

The Ministry of Trade, Industry and Energy announced on December 12 that it had completed a revision enforcement decree to electric utility legislation and was introducing the so-called ‘Small-scale Electricity Brokerage Business’ system.

The new venture allows intermediary operators to trade in the power market electricity generated from renewable sources or from energy storage systems (ESS), or electricity of less than 1-megawatt from electric cars.

Owners who trade renewable energy can exchange up to 1MW in the power market, but complex transaction procedures have made it hard for small electricity producers to participate.

Under the new scheme, intermediary operators will collect and sell the electric power produced by several small power producers, and also provide services such as facility maintenance.

In addition, renewable energy certificates (REC) can also be traded by intermediary operators in place of owners.

As for the Korea Power Exchange (KPX), instead of trading with numerous small power producers, it will now be possible to efficiently manage distributed power resources through intermediary operators.

In the case of electric cars, the technology to discharge the electricity from stored batteries is not available yet, but the amendment provided a legal framework for the future of this type of energy exchange.

When battery discharge technology is commercialized, one will be able to sell a portion of the power from an electric car battery.

The Ministry of Industry has loosened regulations, and unlike existing legislation that requires energy traders to have a permit, intermediary operators can now easily enter the market simply by registering.

The ministry expects between five and 10 large and medium enterprises to participate as electric power brokerages.