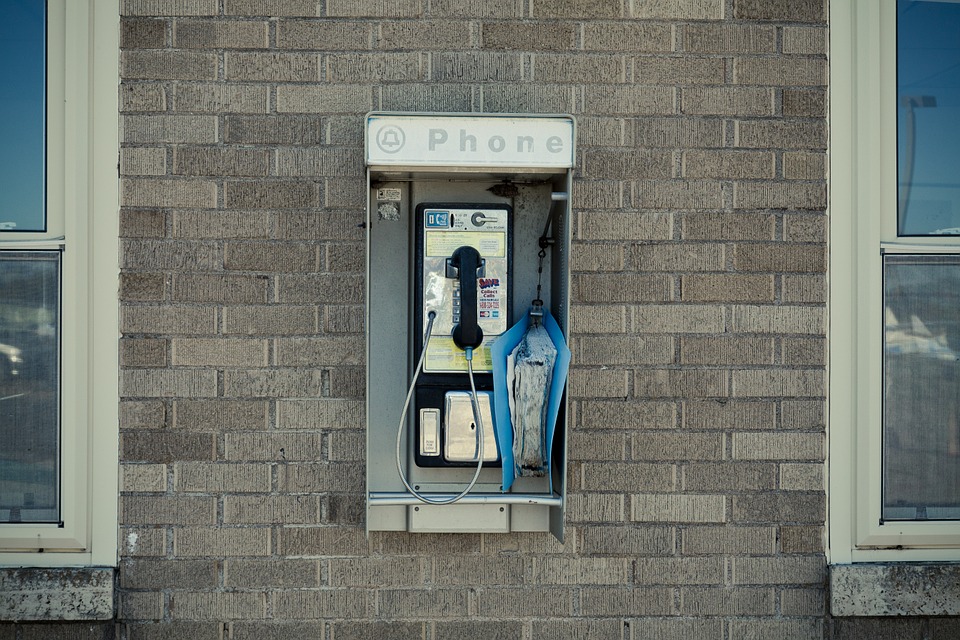 Despite recent efforts, the majority of these phone booths are still struggling to turn a profit. The total deficit from maintenance and repair alone exceeds 10 billion won per year. (image: Pixabay)

SEOUL, June 11 (Korea Bizwire) – Korea has a population of 50 million with 54 million cell phone subscribers. The need for pay phones has clearly faded away.

According to KT Linkus, which manages these relics of yesteryear, the number of pay phones across the country has decreased by 38 percent from 113,000 in 2006 to the current 69,000.

The number of pay phones reached its apex in 1999 with 560,000 thanks to the popularity of ‘beepers’, or pagers. But then came cell phones, and the status of pay phones has since rapidly declined. Over 11,000 pay phones were removed in 2006 alone, and an annual average of 2,000 pay phones have been replaced in the past five years.

The fate of the remaining pay phones is uncertain.

“There are rising complaints for us to remove phone booths from city sidewalks,” said a KT Linkus official. “Before these phone booths were valuable assets that could attract customers, but now they’re mere distractions that take up space.”

According to a report submitted by the Ministry of Science, ICT and Future Planning last year, 58.6 percent of all pay phones brought in less than 10,000 won ($8.5) in monthly revenue.

But there are desperate efforts underway to make use of these unprofitable objects that were once symbols of modernity. 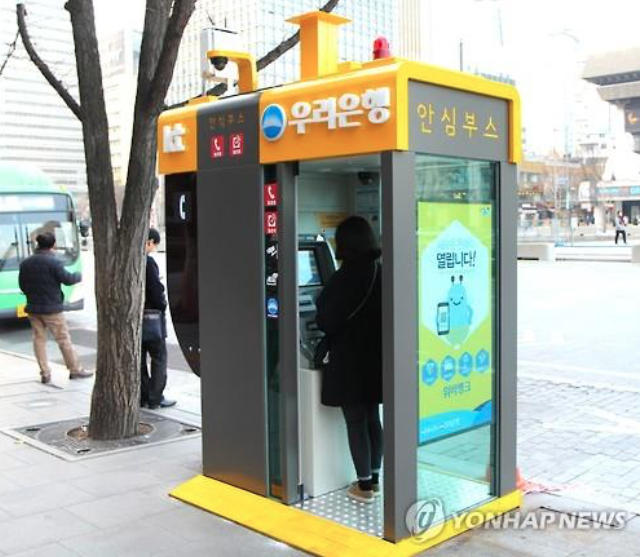 There is a still a phone booth in Gwanghwamun Plaza at the heart of Seoul. But this particular booth hosts two pay phones, an ATM, an emergency call button, and a CCTV camera. (image: Yonhap)

There is a still a phone booth in Gwanghwamun Plaza at the heart of Seoul. But this particular booth hosts two pay phones, an ATM, an emergency call button, and a CCTV camera. This type of ‘multi-booth’ is a typical example of the latest renovations being made to dying phone booths. There are currently some 1,400 multi-booths across the country. These new inventions are also being called ‘relief booths’.

Some even transform into mini-libraries. Seoul’s Songpa district, Busan’s Haeundae district, and Daejeon’s Seogu district have introduced booths that offer books to residents.

Other booths have become charging stations for electric vehicles.

KT Linkus is cooperating with HanCar, a car-sharing business, and is currently operating these pilot booths at three locations in Seoul. Public phone booths can be easily remodeled into EV charging stations since they are already have communications and electric connections. Their street-side locations also make them perfect candidates for such stations. It was even revealed recently that Tesla, the American EV manufacturer, was interested in phone booth charging stations.

Despite recent efforts, the majority of these phone booths are still struggling to turn a profit. The total deficit from maintenance and repair alone exceeds 10 billion won per year. Furthermore, phone booths are classified as a ‘universal labor service’ in accordance with the Telecommunications Business Act, which prohibits them from being wiped out entirely.

Still, pay phones have their usefulness, especially when it comes to emergencies, or tourists without mobile phones.

“We need to thoroughly evaluate these booths’ profitability and start replacing them accordingly,” said a telecommunications industry official.