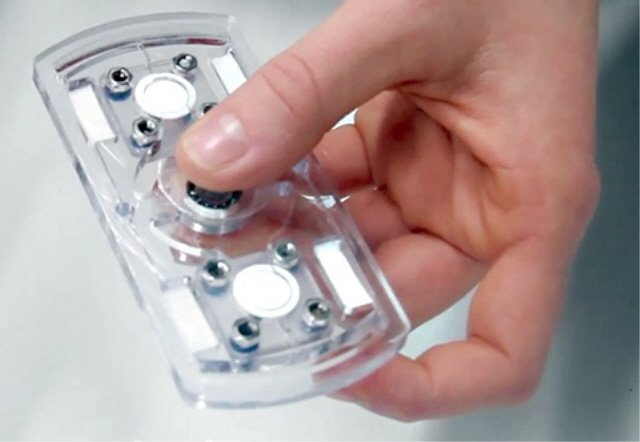 A diagnostic kit for the bacterial infection diseases. (image: Institute for Basic Science)

DAEJEON, May 21 (Korea Bizwire) — A fast and accurate diagnostic kit for infectious diseases resembling “fidget spinner” has been released by a Korean research institute.

A team of researchers at the Institute for Basic Science’s Center for Soft and Living Matter said Tuesday that they had developed a diagnostic kit that can reduce the diagnosis time of bacterial infections from up to a week to less than an hour.

The price is also expected to be around 600 won (US$0.49) per unit, and the kits are expected to be particularly useful in remote areas where medical infrastructure is scarce.

It typically takes from one day up to a week to diagnose bacterial infection diseases that appear following various symptoms from abdominal pain to stroke, as they require complicated processes such as cell cultures.

The research team has developed an infectious disease diagnostic device that can drastically reduce the test time using microfluidic chips called “lab on a chip”.

“Lab on a chip” is a chip that can handle various samples by controlling liquid flow inside a fine tube that is about 1 millionth of a meter in diameter.

In order to move samples in microfluidic chips, electricity supply and complex spinning devices were needed, making it difficult to use them in remote areas with poor medical conditions. 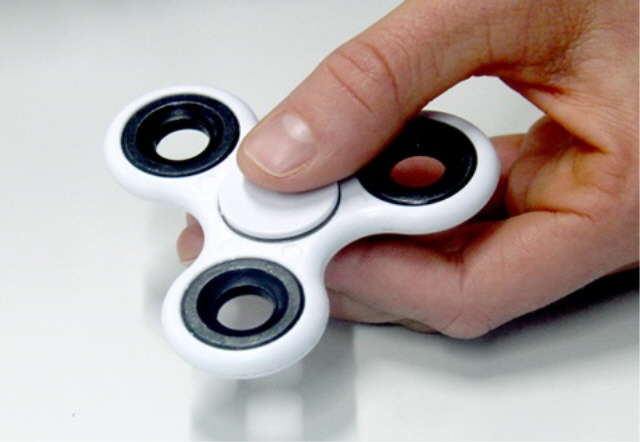 The research team came up with a microfluidic chip that turns it by hand, based on the principle of a fidget spinner, a toy made of multi-pronged plastic plates, that can be easily rotated with little force.

The principle is to concentrate pathogens by using centrifugal force without electricity and to detect germs using reagents.

If one puts the sample into a microfluidic chip that looks like a fidget spinner and then spins the device, the pathogens will concentrate 100 times more and can be checked with the naked eye.

If samples mixed with antibiotics are added to the chip and rotated, they can also be checked for resistance, such as whether or not proper antibiotics were used to kill germs.

The research team explained that the test can be conducted within an hour, with five minutes for bacterial enrichment and 45 minutes for reactions to occur. Furthermore, the accuracy is high.

If the technology is transferred to a company, the research team expects it to be commercialized within a few months.